Kangaroo chases terrified models around during photoshoot in a hilarious footage 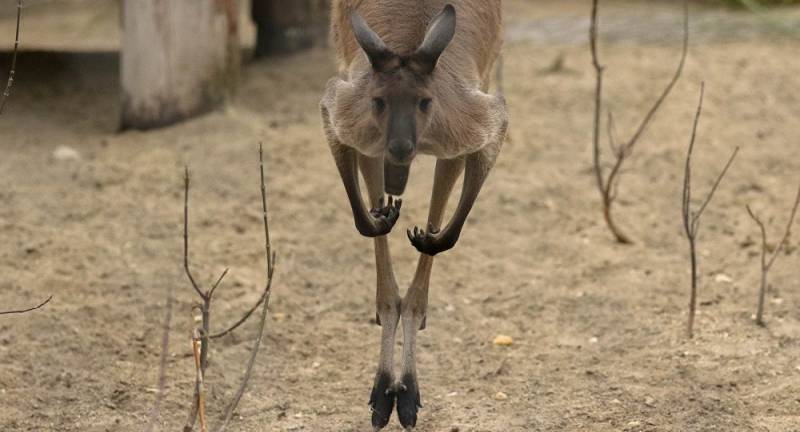 LAHORE - New video shows a kangaroo chasing models during a photo shoot in eastern Australia. Footage has captured the hilarious moment bikini models were chased by a wild kangaroo as they posed for a photo shoot.

CCTV, uploaded by the mansion's Instagram account, appears to show the models run along the yard towards a patio before the kangaroo appears in shot. “Kangaroo attack in the photo session of Candy Shop Mansion“, is written on Instagram along with the video.

The bikini-clad women were left "screaming" while fleeing from the hopping marsupial in Travers 'Candyman' Benyon's Candy Shop Mansion in Queensland, Australia. According to the Daily Caller, Benyon is “the Australian version of Hugh Hefner”, the legendary founder of Playboy magazine, and is known for posting “controversial images” on his Instagram account.

The Kangaroo seemed to be out of his mind hyper at that point of time. Like a lost puppy, he was hilariously seen chasing everyone around.

The models then appear to calm down after the kangaroo left the Helensvale home. It is unclear where it went after leaving the property.