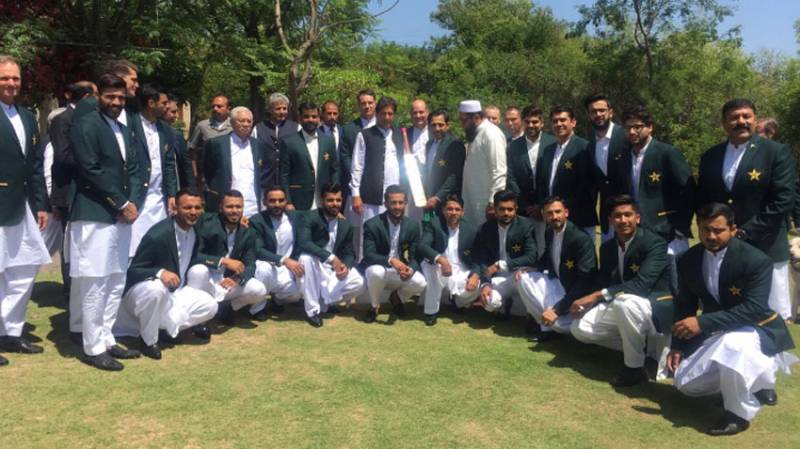 ISLAMABAD – National Team members along with the Pakistan Cricket Board (PCB) officials held a meeting with Prime Minister Imran Khan in Islamabad on Friday.

The cricket-turned-politician encouraged the national cricket team and expressed his good wishes for them for triumph in the world cup to be held in England in May-June this year.

Imran Khan, who is considered as one of the greatest cricketer, said prayers of entire nation are with the national cricket team. He said being ambassadors of the nation, great expectations have been pinned by the people on the national team. He asked the players to build the image of the country through their sportsmanship and conduct.

During an hour-long meeting, Khan told the players that the champions always enter the ground with proper planning and the spirit of success.

Addressing a news conference in Lahore on Thursday, Chief Selector Inzmam ul Haq said that Sarfraz Ahmad will lead the squad in the mega event.

He said that Asif Ali and Mohammad Amir have been selected for the England T20I and ODIs to be played in the lead up to the World Cup from 5th to 19th of next month. He said that these two players will provide cover to the World Cup squad and can be drafted into the side by 23 May, if required.