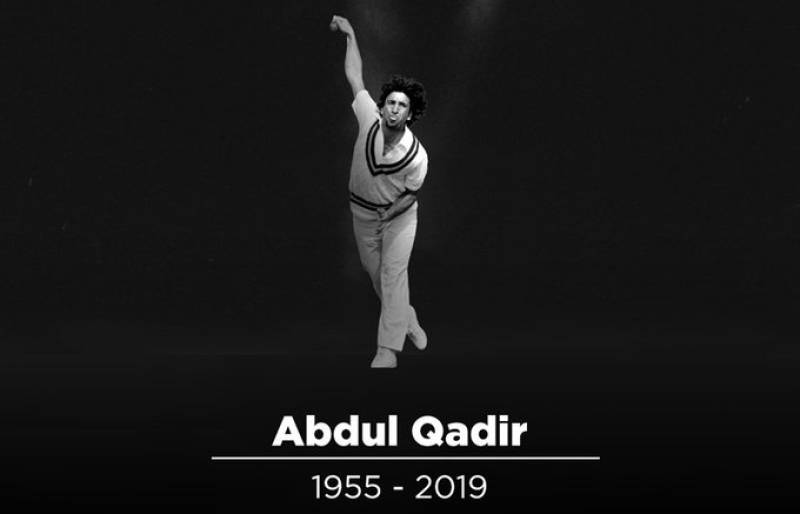 LAHORE – The Pakistan Cricket Board (PCB) has expressed its shock and grief at the news of legendary leg-spinner Abdul Qadir’s passing and has sent a message of condolence to his family.

PCB Chairman Ehsan Mani said Saturday: “We are devastated with the news of Abdul Qadir’s passing and on behalf of the PCB , I want to express my deepest condolences to his family and friends.”

“The PCB , like every Pakistani, is proud of his services to cricket and Pakistan . His contributions and achievements were not only limited on-field, but he ensured he transferred the art of leg-spin to the up-and-coming cricketers.”

PCB is shocked at the news of 'maestro' Abdul Qadir's passing and has offered its deepest condolences to his family and friends. pic.twitter.com/NTRT3cX2in

“Apart from being a maestro with the ball, Abdul Qadir was a larger-than-life figure who was adored, loved and respected across the globe due to his excellent understanding and knowledge of the game, and strong cricket ethics and discipline.”

“He played hard cricket within the spirit of cricket and in doing so, not only earned respect from his opponents but turned his foes into friends.”

“Today, global cricket has become poorer with his passing. He will be missed but will never be forgotten.”