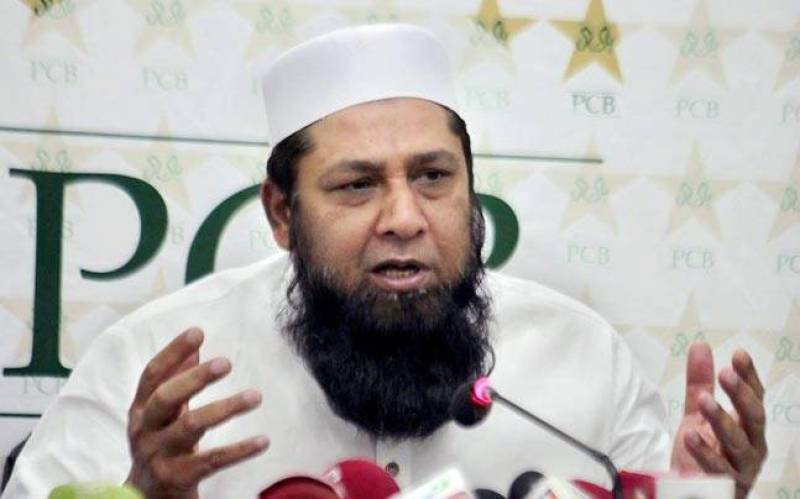 ISLAMABAD - Erstwhile batting great Inzamam-ul-Haq feels that former captain Saleem Malik should be given a second chance to serve Pakistan by helping young cricketers with his experience.

“It is unfortunate to see that his career ended like that. It should not have ended that way. But I believe he deserves a second inning [chance] to do something for the country,” Inzamam said in a video message on his YouTube channel.

Malik, 57, was banned for life from cricket in 2000, following allegations of offering a bribe to some Australian cricketers to underperform in the 1994-95 Karachi Test. A local court in Lahore, however, ruled in his favor and overturned the ban in October 2008.

Giving an example of former Indian captain Mohammad Azharuddin, Inzamam said that the ex-Indian batting legend also faced similar charges, but after lifting of the ban he again started to serve his country and currently was Hyderabad Cricket Association’s president. “Similarly, as Saleem Malik’s that time has passed [ban is lifted], he should also be seen on the ground in some cricketing activity or at least he should appear on some TV channels for his expert opinion,” he said.

According to Inzamam, Malik had a very sharp cricketing brain and was a great analyzer of a situation. “I’ve not seen anyone analyzing the situation like him. I think he [still] has enough material which he can pass on to the young players, either by coaching them or giving his opinion,” he said.

Inzamam, who had been playing under Saleem Malik’s captaincy said that he enjoyed very cordial relations with him at that time. He said Malik’s record, both as a player and as a captain was quite impressive. He said Malik also had the ability to gauge a player’s potential and sometimes used tell them which batsman would score more runs or which bowler would take more wickets in an upcoming series. “I must say that 90 per cent of his those predictions proved correct,” he reflected.

“I was his junior and he used to take very good care of me. I must say that he was a great player, whose entire focus always remained upon the matches.

“I’ve not seen much batsmen shuffling in batting like Saleem Malik. He also taught that skill to me,” he added.

Recalling his initial days in international cricket Inzamam said, he grew in an environment where senior players including Imran Khan, Javed Miandad and Saleem Malik used to teach skills to the young players. “Whenever he [Malik] noticed that a new player with some potential is part of the team, he got closer to him to share the ways to improve fitness level and batting techniques.

“The things which he used to tell us are not normally taught in coaching. He also used to tell us to be focused on the ground only and don’t pay attention to what is happening around.

“Everyone does [teaches] you routine things. But these are the tips which take you forward and change your career,” he reckoned.

He said that he still had very good relations with Malik and after retirement had been playing veterans [cricket] with him. “The good thing about him is that his fitness level is still amazing. He plays in the same way as he used to during his playing days. Allah has blessed him with a very good physique. I’ve never seen his body stiff or tired [even] after spending the entire day in the fielding or scoring a hundred.”

“I earnestly pray for him and wish to see him once again in the ground. He has been our great player and we should take benefit from his expertise,” he added.