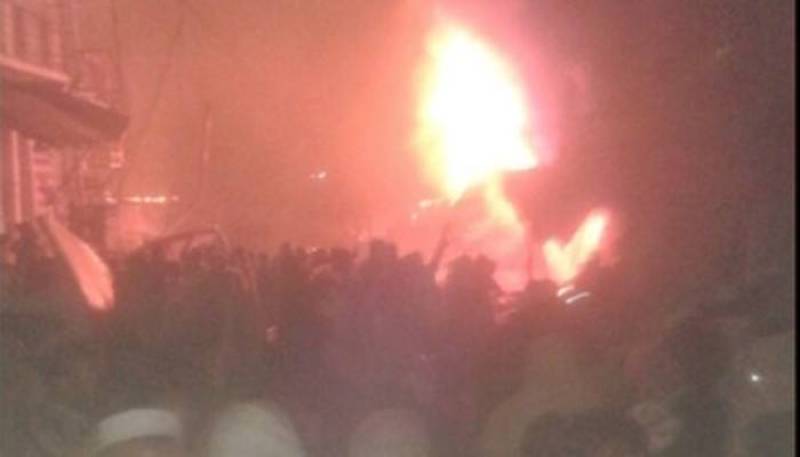 The fire broke out in the cylinder shops in Tar Patar Bazar of Dir Bala, rapidly spreading through 50 adjoining shops.

The residents of the area tried to control the blaze on their own. Traders staged a protest against the fire brigade and rescue teams who failed to reach the spot on time.

Afterwards, aided by local residents, two fire engine brought the fire under control after a strenuous effort of three hours.

The cause of the fire is still unknown.

No loss of life was reported in the incident.