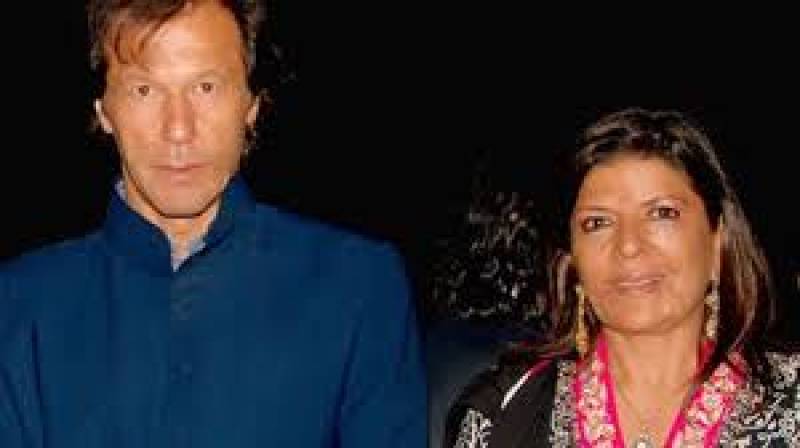 LAHORE - The sister of Prime Minister Imran Khan, Aleema Khan, did not pay any tax or fine imposed on her due to the possession of illegal assets in a foreign country, according to a report citing FBR sources on Wednesday.

A Karachi-based news website claims that the Federal Board of Revenue (FBR) recently submitted a detailed report to Minister of State for Revenue Hammad Azhar, in which Aleema is found to have taken benefit from the amnesty scheme launched during the PML-N government.

The National Courier quoted a senior FBR officer as saying that Aleema, under the amnesty scheme introduced by the PML-N government, declared her illegal assets but she has not paid any tax or fine of 50 percent of the total cost of illegal assets so far.

Ms Khan's assets in the country and abroad were automatically assumed to be illegal when she used amnesty scheme for the legalization of her properties, the official added.

As per the media report, in a reply to a notice under section 122, Aleema maintains that while attaining protection under the constitution she could not be asked about her ‘sources of income’ under the amnesty scheme.

The daughter of former prime minister Benazir Bhutto and ex-president Asif Ali Zardari took to Twitter to criticise Aleema over this issue:

What does irony mean again ? “sources of income’ could not be asked of her declared assets” https://t.co/E5pY9Jzmvs

Last week, it was reported that PM Imran Khan's sister has paid penalty on her undeclared posh Dubai property to avoid any legal consequences.

Aleema was reportedly slapped with a double penalty (taxes and fine) for failing to disclose the property ‘The Lofts East-1406’ worth around Rs74 million.

Aleema Khan owns a luxurious flat tucked near Burj Khalifa, the most expensive area in the United Arab Emirates (UAE), however, the total amount deposited is not yet clear.

Criticising the prime minister, the PML-N leader said, “Someone who keeps calling others thieves, has given a thief sitting in his home an NRO and the reason she has been given an NRO is that Imran is behind her theft.”

“We should be informed regarding the sources from which the property was bought and how the money was laundered to Dubai from Pakistan," she asserted.

Aleema's offshore assets came to light a month after FIA submitted its initial report on foreign properties in October stating that 35 politicians and their associates own properties in Dubai.

‘The FIA initiated investigations against 3,570 Pakistanis who own properties worth Rs1,015 billion in Dubai," the report added.

It was further stated in the report that nine benamidaars have been identified as well as 150 extremely rich individuals who own properties worth Rs30 billion.

‘Investigation was suspended against 386 persons who benefitted from the amnesty scheme. Those who owned 374 properties in Dubai benefitted from Tax Amnesty Scheme 2018,’ it added.

‘900 Pakistanis illegally own properties in Dubai,’ the report highlighted.