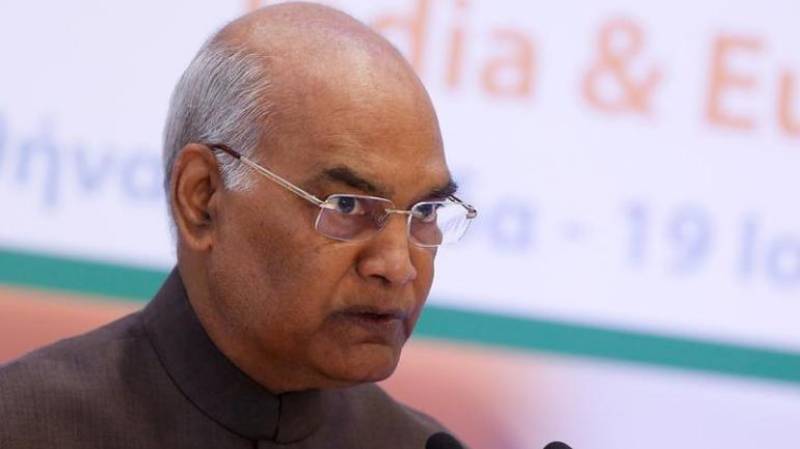 NEW DELHI – The Indian government has imposed President’s rule in the occupied Jammu and Kashmir, the first time since 1996, after Ram Nath Kovind signed a proclamation ordering imposition of central rule in the state from midnight, PTI reported. The Governor’s rule ended on December 19.

The new ruling system in the occupied region where Indian forces ‘atrocities are on the rise will be imposed from Thursday (December 20), Indian media reported.

The Union Cabinet has given the go-ahead for President’s rule after it was recommended by Governor Satya Pal Malik.

Indian President Ram Nath Kovind will have to issue a proclamation declaring that the powers of the legislature of the state shall be exercisable by or under the authority of the Parliament, India Today reported.

Following the crisis, a six-month-long Governor rule, which is compulsory under Article 92 of the state’s Constitution, was imposed and the legislative powers were vested the Governor.

The Governor has to dissolve the Legislative Assembly after six months. The state then directly comes under President's rule for another six months after which elections have to be held in the region.

The President’s rule can be extended for another six months if elections are not held, while it cannot be remained in force for more than three years except for the intervention of Election Commission of India which has to certify that the proclamation is need of the hour due to difficulties in holding the elections.

The governor on November 21 dissolved the 87-member legislative assembly after the PDP, supported by the Congress and their arch-rivals National Conference, had staked their claim to form the government.