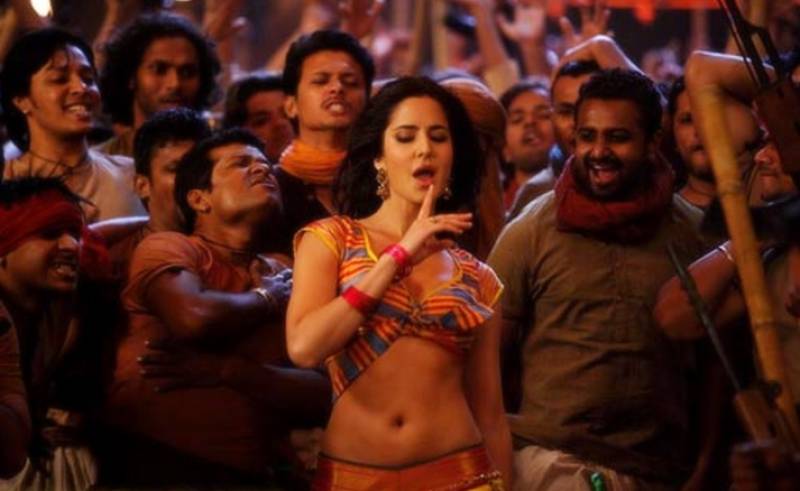 When Karan Johar pledged to never have item songs in his movies Katrina Kaif strongly reacted saying that she doesn't feel objectified while doing an item number.

According to details, Karan Johar - who has been vocal about #metoo and women empowerment in the past - pledged to never do an item song like Chikni Chammaili or Sheila ki Jawani again. He said that item numbers are meant to specifically objectify women and are just used as a means to promote the film by enticing the male audience. He also apologized to have used item songs in his films previously.

However, Katrina who has done Chikni Chammaili, Sheila Ki Jawani, and several other item numbers has a different opinion on the matter. She argues that item songs doesn't necessarily objectify women and it depends on the performer if she feels uncomfortable or not.

Kaif said that she really enjoyed dancing on these numbers and never felt objectified, “I can tell you, I never felt objectified in ‘Chikni Chameli’. I enjoyed that song. I enjoyed the dance, I enjoyed what I was doing. I didn’t even for a moment felt objectified or brought any kind of wrong eyes on me. There are many times when people ask me for songs and there’s no context to it. I won’t do it, no matter how much I feel about dance. We don’t need to characterize it that every song that a woman is celebrating herself and performing, that’s not objectifying women. It all depends on the angle and lens it’s being seen.”

She also compared item numbers to the songs performed by Meddona and Beyonce, “I don’t think Madonna feels objectified. I don’t think Beyoncé who performs in a swimsuit on stage is feeling objectified. It’s all about how you feel while you are performing that song.”

As much as we love Katrina, her statements are a little off. These item numbers aren't just about dancing and celebration, they advertise women as a product. There was once a time when item numbers were comprised of playful dance but over the years they have turned into something more provocative.

Not only do these numbers sexualize a woman's body but also normalize - and somewhat encourage - the lustful way male members of the society look at the female members. Also, that Beyonce analogy is totally wrong. Beyonce doesn't have cameramen on stage with her focusing on her curves and edges.