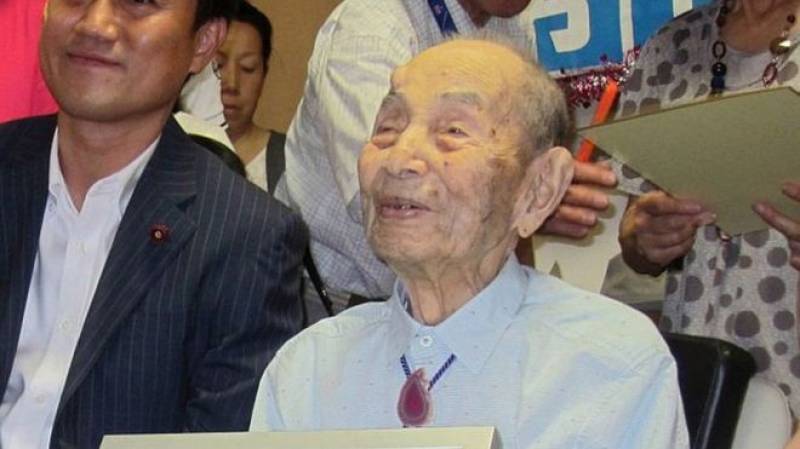 Yasutaro Koide was born on March 13, 1903 and Guinness World Records named him as world's oldest man in August last year.

On the eve of his nomination when asked how to live such a long life, Koide told responded to newsmen saying "by living joyfully."