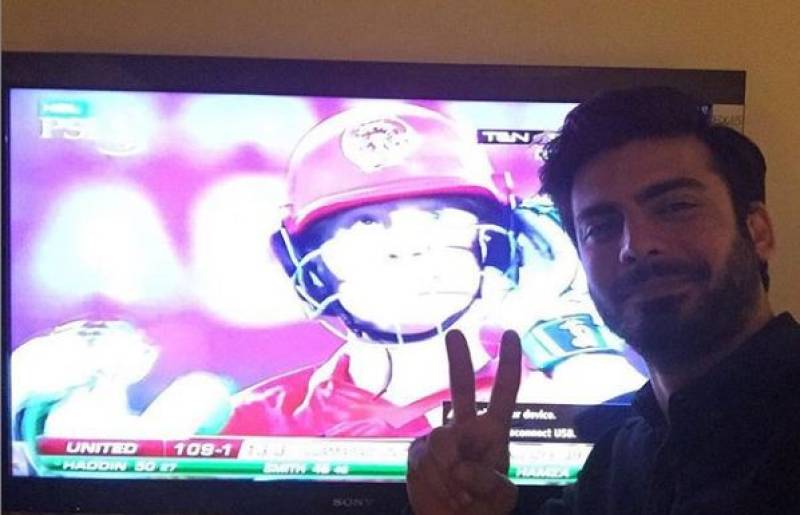 LAHORE - The much-awaited anthem of Pakistan Super League 2019 is being released Friday (yesterday). The anthem for the fourth edition of PSL is titled Khel Deewano Ka. The title represents Pakistanis love for cricket!!!

For the past three years, PSL’s national anthem has been sung by Ali Zafar, but in 2019 there is a change as for the 4th PSL tournament for the anthem the vocals are being lent by former EP band vocalist Fawad Khan. The renowned musician Shuja Haider had composed the anthem.

Earlier, Haider had shared with the daily publication ‘The Express Tribune’ “This is the first time I’m composing the PSL anthem, I haven’t just composed it, I’ve penned the song as well. I was given the freedom I require to work and the composition was approved in one go! It’s not just one person’s job, there’s an entire team behind it." he said.

IT HAS ARRIVED! 🎺🎺🎺
The official anthem of the #HBLPSL 2019 by @_fawadakhan_ ft. Young Desi, #KhelDeewanoKahttps://t.co/P4nSglVOpU

For the very first time, Haider is collaborating with PSL, but it won’t be the first time he is writing a sports anthem. Haider had previously worked on Ali Azmat’s 2011 Cricket World Cup anthem, Josh-e-Junoon, which was a hit.

Other than that, he also collaborated with Strings for one of their famous numbers, Hai Koi Hum Jaisa – which served as Pakistan’s official song for the 2003 World Cup.

After a seven-year hiatus, the Tera Woh Pyar  singer is returning to sports anthems. The first three PSL anthems were sung by Ali Zafar. In 2016, the anthem was titled Ab Khel Ke Dikha. While in 2017 Ab Khel Jamay Ga made PSL fans sway to its tunes.

Twitterati gave mix reactions to Fawad Khan's sung anthem, Here are some of the social media reactions to the newly released PSL's anthem:

The worst song I heard by FAWAD KHAN.
Ali Zafar was and will be best for this platform. This platform is for @AliZafarsays .
I think Meesha Shafi or Tahir Shah can sing it well#PSL4Anthem #Alizafarnexttime#Noreplacement#PCBSUCKS#FAWADKHANSUCKS#Kheldewanoka #HBLPSL pic.twitter.com/KXe54YL5H2

The PSL opening ceremony is scheduled to take place on February 14 in Dubai.