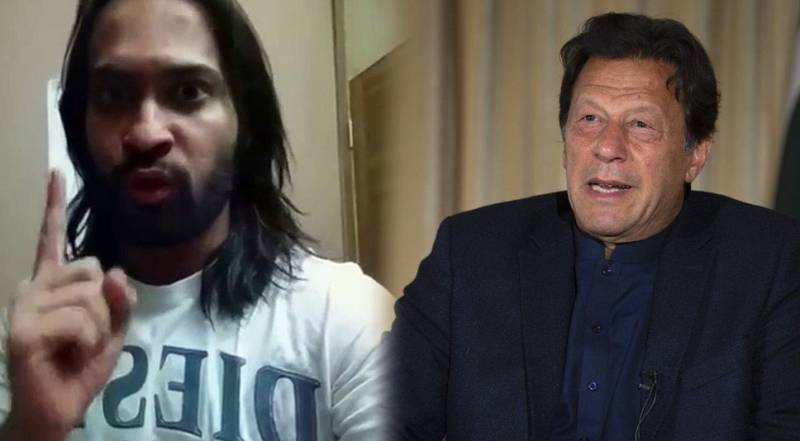 KARACHI – Pakistani social media influencer and host Waqar Zaka has warned Prime Minister Imran Khan for going after his family as he challenged the ban against cryptocurrency in Pakistan.

The host turned entrepreneur, who is famous for cryptocurrency, shared a video clip on his official Twitter saying he and his family were receiving threats as he was fighting a case against a crypto ban.

The controversial TV personality, who started his career by hosting a reality show, went on saying that If something happens to him, the premier will be ‘entirely responsible for the attack’.

Sharing his ordeal as he faced adversities amid the legal fight against state institutions, he said “I am fighting for the middle-lower class people who want to earn and stand on their feet and me my families are receiving threats”.

He even named PM as ‘egoistic Khan’ who wants to keep everyone on charity rather than creating Digital Pakistan. He continued his video saying the incumbent government is censoring his voice against the crypto ban because it does not want to ‘legalise decentralised money in the country’.

He commended the country’s judicial system, saying ‘Judicial System Zindabad, Lawyers Zinadabad’, however threatened the premier to keep his family out amid crypto dilemma. Lamenting at the alleged threats, he even added that he was unaware that you will come this low.

On January 11, Waqar shared a tweet saying “I am getting strange calls from unknown numbers that I should not appear in Sindh Court tomorrow, for Cryptocurrency ban case otherwise I will be put in jail as Imran Khan is against crypto. Do whatever you want , I will appear tomorrow.”

I am getting strange calls from unknown numbers that I should not appear in Sindh Court tomorrow , for Crypto currency ban case otherwise I will be put in jail as @ImranKhanPTI is against crypto. Do whatever you want , I will appear tomorrow

Amid the ban on cryptocurrency, social media users want Prime Minister Imran Khan to meet Waqar Zaka to get facts about 'revolutionizing technology'.

The whole scenario comes as the South Asian country is witnessing its cryptocurrency movement on social media, led by a ‘crypto influencer’ Waqar Zaka who has emerged as a hero for many young investors.

In 2019, Zaka moved SHC for legalising cryptocurrency in Pakistan. The case resulted in the formation of a committee headed by State Bank of Pakistan deputy governor.

ISLAMABAD – The Federal Investigation Agency (FIA) has seized hundreds of bank accounts and cards being used for ...

The recent ban was witnessed after China, Russia, Turkey, Egypt, Qatar, Vietnam and Bangladesh have completely banned the trade of cryptocurrencies. Meanwhile, the US, UK, Australia, and EU are still working on regulations.

KARACHI – The State Bank of Pakistan (SBP) has recommended a complete ban on all cryptocurrencies, expressing ...