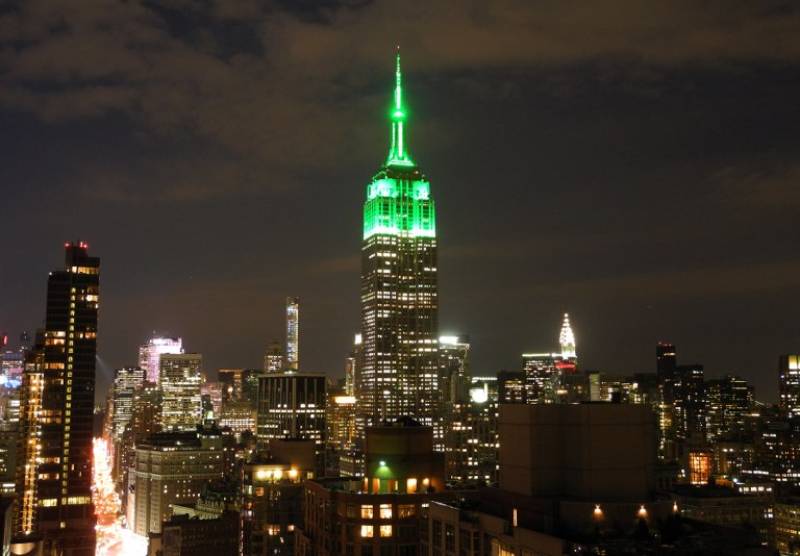 NEW YORK (Web Desk) - To mark the Eid-ul-Fitr holidays one of New York City's most iconic landmarks was lit  in green. 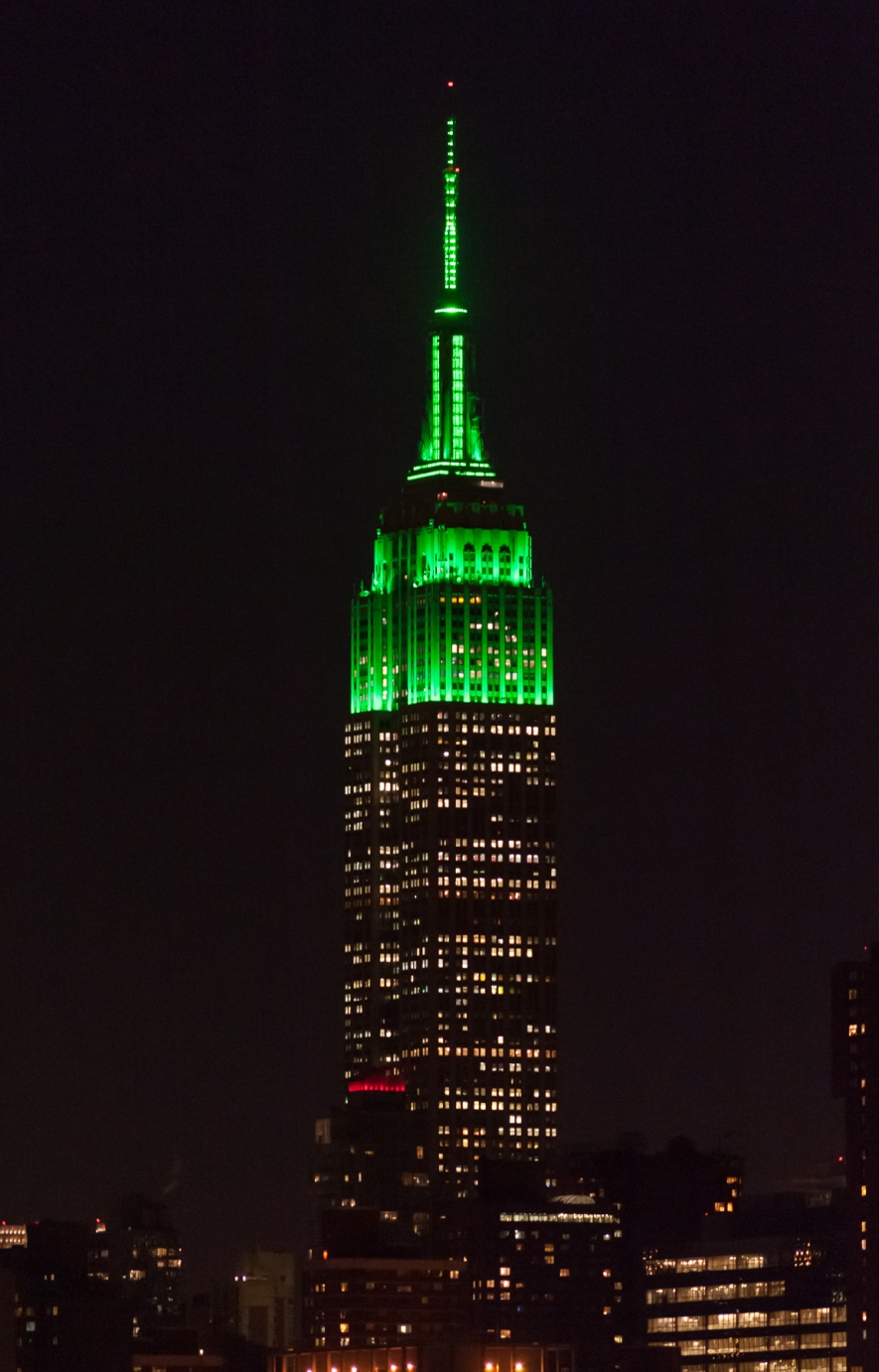 The Empire State building in New York has been turned green to mark the Eid celebrations.

The skyscraper was illuminated with the green lights until 2:00 a.m. (EST) on Saturday morning when the building traditionally turns out its lights, reported The Jerusalem Post.

The skyscraper has carried out the tradition "for several years now, it is an annual lighting," the building spokeswoman said.

The Empire State Building shines different colors for a number of religious holidays and major events: pastel shades for Easter, blue and white for Hanukkah, and red and green for Christmas. Red, white and blue for the US women's World Cup victory, rainbow colors for gay Pride Week, and blue, white and purple for World Oceans Day.