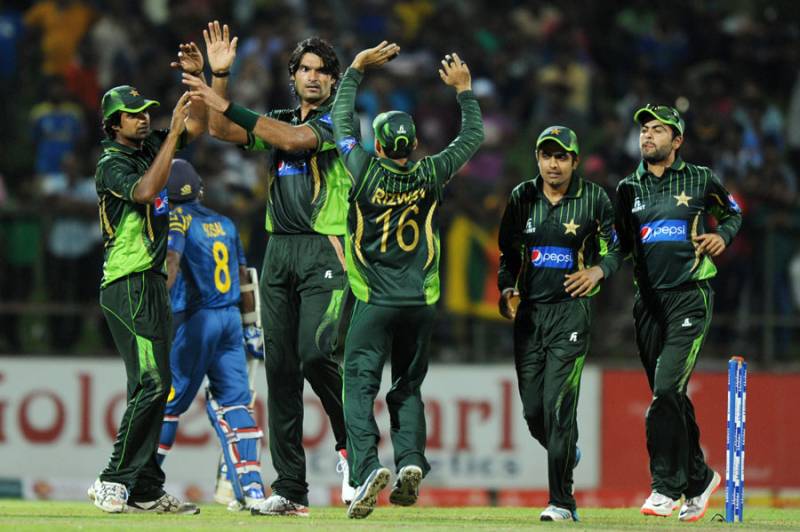 Previously, the match was halted briefly after a projectile hit a Pakistani fielder in the ground in Colombo stadium on Sunday.

Pakistan had brought Sri Lanka down to 158-7 in 33.3 overs when the match was stopped due to a fight between the spectators.

According to the visuals, a fight broke out in the stands between two groups who threw stones and bottles on each other.

Pakistan team first resorted in the middle of the ground but then they were escorted to their dressing room by armed guards.

Later, the teams were brought out to finish the match with only the south-east stand emptied where the riot actually broke out.

Earlier, an all-round batting performance from Pakistan batsmen helped the team set a 317-run target for Sri Lanka in the third ODI at Premadasa stadium, Colombo on Sunday.

Captain Azhar Ali won the toss and elected to bat first in a match where they brought in Imad Wasim in place of Babar Azam to fill in for Muhammad Hafeez who has been banned from bowling in international cricket for one year.

After a steady 93-run start, Ahmed Shehzad was dismissed by Lasith Malinga as he was caught at short midwicket on 44 runs. 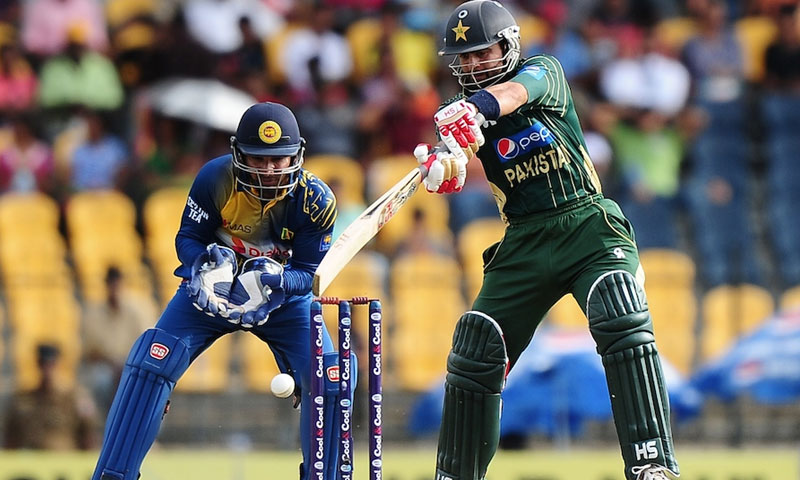 Azhar Ali was joined by Hafeez but the captain was caught short of his crease while trying to steal a second run. He scored 49 off 59.

Hafeez was joined by Sarfraz and after a short 20-min break due to rain, the former completed his fifty and then was caught at midwicket off Pathirana.

Sarfraz scored a near run-a-ball 77 runs to lead Pakistan’s cause and was run out in the 45th over while trying to steal a quick single.

Shoaib and Rizwan then took on the Lankan bowlers and took the score to 316-4.

Malinga and Pathirana bagged one wicket each for the hosts.

Sri Lanka drew level in the five-match series in Pallekele on Wednesday after Pakistan won the opening match at Dambulla last Saturday.

Pakistan retained all-rounder Mohammad Hafeez even though he is banned from bowling for a year due to an illegal bowling action. Hafeez scored a century in the first game.

Sri Lanka picked an unchanged side.

Ninth-ranked Pakistan need a series win to remain in contention for a place in the eight-nation Champions Trophy in England in 2017.

Sri Lanka, currently ranked fifth, are assured of taking part in the tournament.

Pakistan has entered in the thrid ODI on Sunday's with the knowledge that Mohammad Hafeez is not allowed to bowl. Hafeez, who was reported for the second time for a suspect action following the first Test, was on Friday suspended from bowling in international cricket for a year after an independent assessment of his action.

Read more: ICC bans Hafeez for one year due to illegal bowling action

For its part, Sri Lanka will be buoyed by the form of Perera, who smashed the second-fastest ODI fifty, off just 17 balls, to set up a successful chase of Pakistan's 278 for 8.

However, it will expect more consistent performances from him. Sri Lanka's middle order has been a cause for concern of late.

With the team trying to rebuild in the absence of legends Kumara Sangakkara and Mahela Jayawardene in the line-up, the management is keen on keeping faith in the players despite some patchy performances and allowing them to build confidence.

Sachith Pathirana didn't quite have a memorable debut but impressed with his cameo in Sri Lanka's chase, coming in under pressure, and he would be one of those Mathews is likely to retain faith in. The teams will play two Twenty20 internationals after the ODI series.