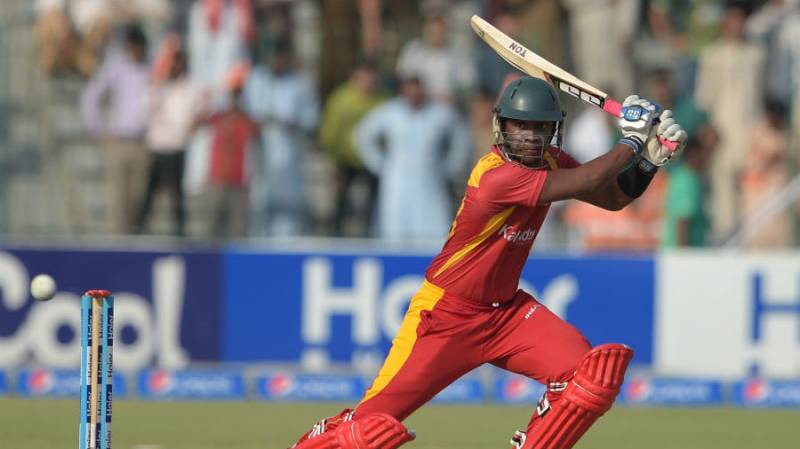 Zimbabwe's seamers then took over and removed Samson and Axar Patel in successive overs.

India's jerky start had an ominous portent to it when captain Ajinkya Rahane was run-out having been sent back by his opening partner, M Vijay, who bailed after initially setting off for a run.

Uthappa, however, produced an innings that bore no resemblance to his grinding effort in the first T20 international. Even as Vijay scratched around at the other end, with some jittery running hampering his cause further, Uthappa played the most fluent innings of the match. He found his bearings with successive boundaries off Taurai Muzarabani, a fluidic cover drive topped up by a powerful whip through midwicket.

Two overs later, he collected three fours off Chris Mpofu with raspy pulls off the front foot and a cheeky nudge behind short fine leg.

Uthappa continued to perform encores of the same shots in the next two overs as India galloped to 57 for 1 at the end of the Powerplay.

It was the first delivery after that, however, that brought Zimbabwe back on an even keel. Graeme Creamer, who troubled India two days ago, slipped one past Vijay, who failed to connect his pull and was bowled.

Two balls later, Cremer got Manish Pandey out lbw, although the ball appeared to be headed down the leg side.

There would be more panic attacks for India, as they lost two more wickets in the next two overs. Uthappa was the prize catch for Zimbabwe as Sean Williams completed a sharp return catch.

Kedar Jadhav departed the next over as much because of his laxity as some sparkling fielding from Muzarabani, who hit the stumps direct from deep midwicket to catch the batsman short of his crease. Stuart Binny and debutant Sanju Samson, though, took charge of the restoration job, putting on 36 runs for the sixth wicket.

However, with 41 required off 30 balls, India suffered another jolt through Cremer. Binny's attempted thwack over long-off seemed to dip in front of Chibhabha, but he flung himself forward to snaffle the chance.