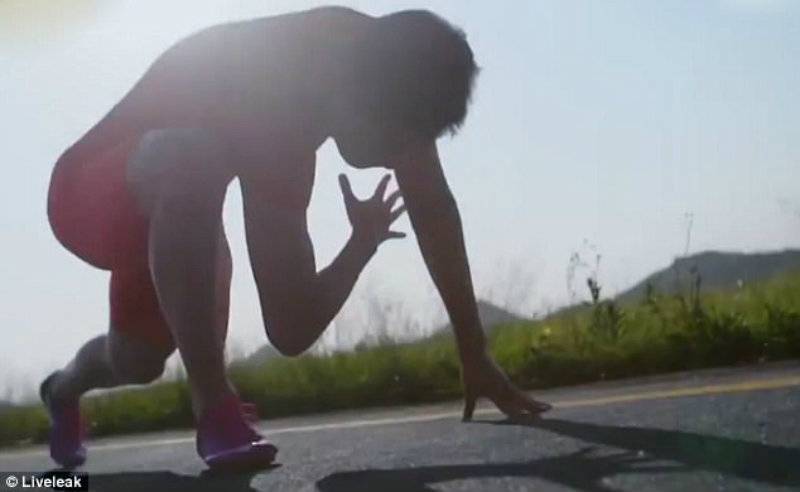 BEIJING - China’s top athlete recently took on a fighter jet in a race between man and machine.

In a short clip, Zhang Peimeng can be seen gearing himself up for the 50 metre sprint as he performs a ritualistic warm-up before putting his hands down on the track and getting into position.

All of you must have heard the story from Aesop’s Fables about the race between a tortoise and its old adversary, the ...

The pilot fires up his engines and then the high-speed contest begins.

The athlete then takes off and runs as fast as he can without even slowing down to keep an eye on the speed of the jet which is speeding down the runway to his right.

Miraculously Zhang edges into the distance and pips the aircraft to the finish line.

The 30-year old track and field competitor is best known for his performance at the 2013 Moscow world championships, where he achieved his personal best of time of 10.00 seconds in the 100 metre race.