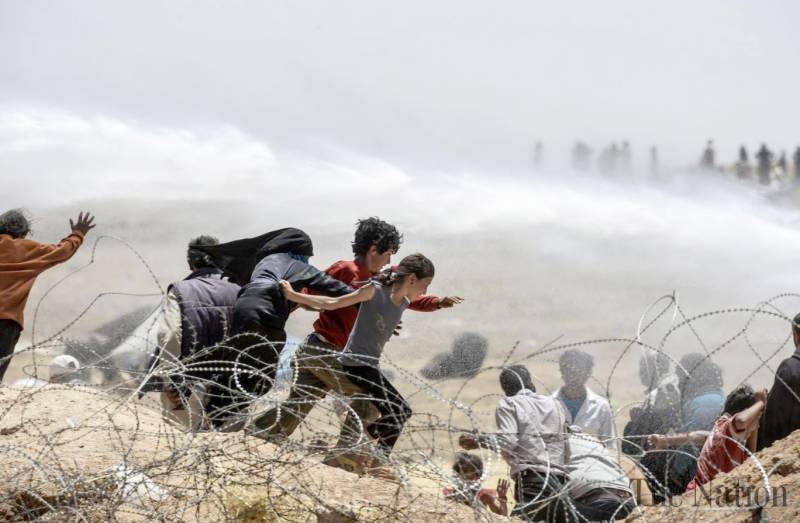 BEIRUT (Web Desk) - Eight displaced Syrians, including four children, were killed while trying to flee their war-torn country on Sunday when Turkish border guards opened fire on them, the Syrian Observatory for Human Rights has said.

The National Coalition umbrella opposition group — based in Istanbul and backed by Turkey — gave a higher toll of 11 killed and condemned the “terrible tragedy.”

Turkey has repeatedly denied accusations of its security forces firing on Syrians trying to cross the frontier, which has been closed for several months. But the Observatory has recorded numerous incidents this year, and said Sunday’s toll was among the highest.

The Britain-based Observatory said the group of eight had been displaced by fighting around the northern Syrian town of Manbij, held by the Islamic State group and under attack by US-backed forces.

They fled northwest towards Idlib province and the border, but were killed "when Turkish border guards opened fire on them as they tried to cross into Turkey," said the Observatory. It said that four of those killed were children, adding that eight people were wounded, some of them critically.

Since the beginning of the year, at least 60 people -- all civilians -- have been killed in fire by Turkish border guards, the Observatory said.