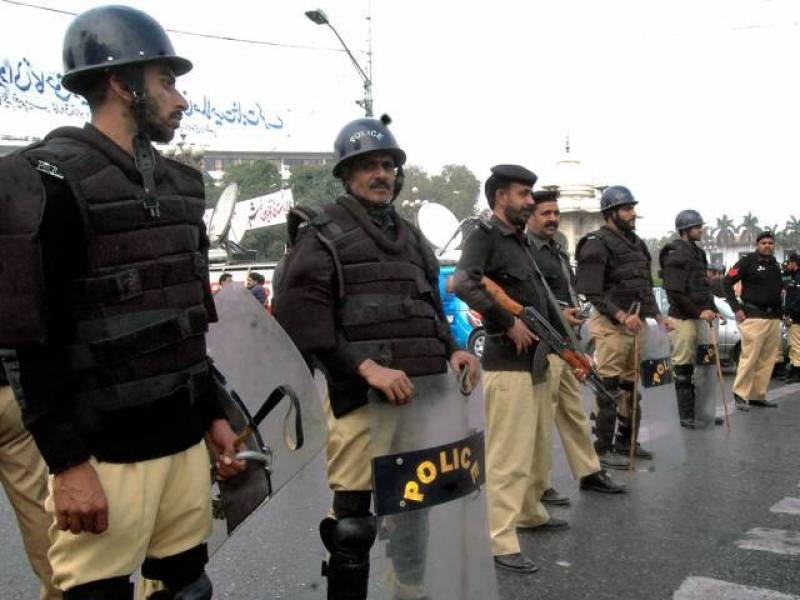 Bodies of all the eight terrorists were sent to Nishtar Hospital for postmortem and a medical board was being formed for the purpose.

A CTD official said that they had information from credible sources that Al-Qaida commander Muneeb Javed alias Qandhari and another of their commander Tayab Nawaz alias Hafiz Abdul Mateen, along with Muneeb Razaq alias Abdur Rehman and Zeeshan alias Abu Dajana were coming to Multan to hold a meeting in city suburbs with Al-Qaida commander Bilal Latif alias Yasir Punjabi and others including two suicide bombers to plan attack on a university in Multan.

A joint team of CTD and a law enforcement agency raided the meeting point near Nawabpur village on the bank of river Chenab.

The militants initiated intense firing on law enforcers. They also fired RPG rockets and hand grenades. Yasir Punjabi and Muneeb Javed escaped from the scene along with five to six associates.

As many as eight militants were killed by the firing of their own accomplices, CTD official said. Those killed included Tayyab alias Abdul Matin, Muneeb Razaq alias Abdur Rahman, Zeeshan alias Abu Dajana and others.

Muneeb Razaq and Zeeshan were proclaimed offenders and were involved in the assassination of Brigadier Fazal Qadri at Sargodha.

Hafiz Abdul Matin was one of the founder of Al-Qaida in Pakistan and was believed to be the mastermind of Parade Lane attack in Rawalpindi. He was member of Lajna Shariah of Al-Qaida, which is the supreme body for finance, recruitment and logistics.

Identity of other killed militants was being determined. Investigation has been launched while raids were being conducted for the arrest of escaped terrorists.