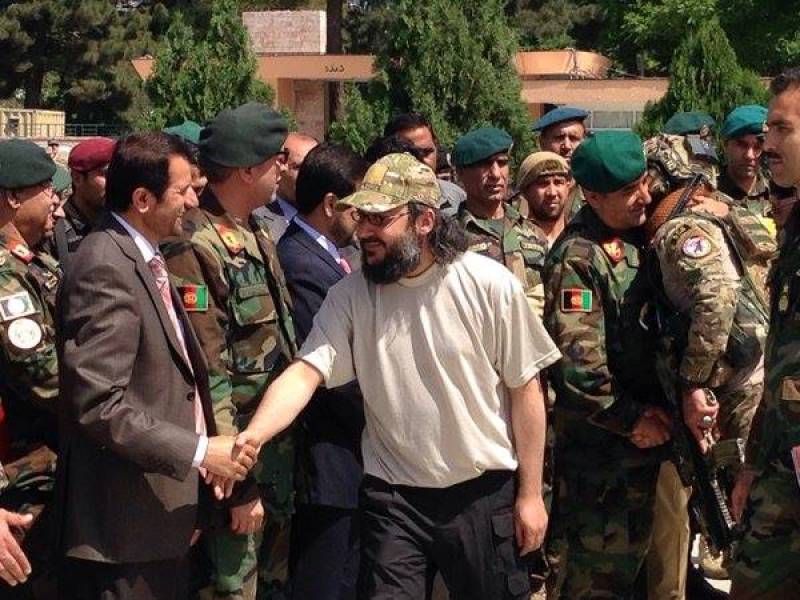 MULTAN (News Desk) - Ali Haider Gilani has claimed that al-Qaeda operatives had known about the May 9 US strike on their hideout in Afghanistan's Paktia province, which led to his eventual release earlier this month.

Narrating his dramatic recovery after being held captive for 3 years by an al-Qaeda faction, he said the militants were aware that US forces would strike later in the night, explaining their decision to shift him to another nearby hideout.

"While they were shifting me, clashes erupted between US forces and al-Qaeda operatives and my abductors were killed. Drones were still hovering in the sky, when a US soldier ordered me to stop," Gilani told newsmen at a press conference in Multan.

He said that he introduced himself as son of former Pakistani Prime Minister Yousuf Raza Gilani. According to Gillani, the US soldier who stopped him, named George Flexure, relayed the information to Bagram Airbase, which later identified him as the former PM's abducted son.

During his interview, Ali Haider Gilani said that operatives of  Khan Sajna group, who were fluent in Punjabi, had kidnapped him from Multan and then shifted him to Faisalabad.

I was in Faisalabad when Punjab Law Minister Rana Sanaullah told reporters that my kidnappers had taken me to Waziristan, he added.

"After one month and a half, I was shifted to North Waziristan, where I remained captive of Sajna Group for several months until I was moved to Paktia in Afghanistan right after hanging of Salman Taseer's murderer Mumtaz Qadri," he said.

Gilani believes that he was not kidnapped for ransom. Rather, he was captured to pressure the government for the release of al-Qaeda operatives, who were held by Pakistani authorities at the time.

He claimed that his abductor originally wanted to kidnap his elder brothers Ali Musa Gilani and Abdul Qadir Gilani, but they failed due to heavy security measures. As a result, they decided to kidnap him instead.

Ali Haider claims that al-Qaeda has sufficient resources to support its operatives worldwide. The Taliban are financially weak in comparison, he added.

He said that al-Qaeda possesses sophisticated weapons and communication resources. They use quality imported articles, sweets and other eatables, he added.

During my stay in Afghanistan, I was kept in caves, castles and houses where advanced computerised systems were installed, he told newsmen.

According to Gilani, al-Qaeda operated an advanced media monitoring cell and its operatives regularly watched talk shows of Pakistani journalists, especially those of Hamid Mir and Saleem Safi, who Gillani claimed were their favorite journalists.

About Khan Sajna, Ali Haider Gilani said that militant commander regularly played cricket with him. He was very caring and served me good food, he said.

Ali Haider Gilani has also revealed his plan to write a book based on the events he witnessed during his abduction.

I want to pen the every detail of my story, so that people can understand several facts, he said.