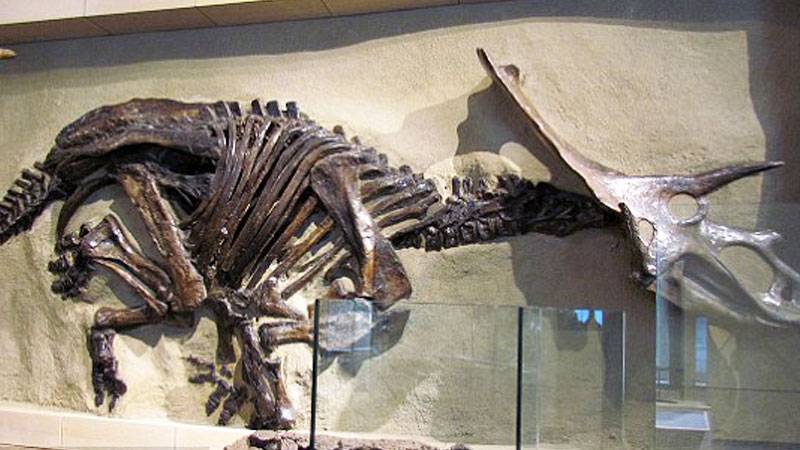 MIAMI (APP) - The fossils of dinosaur skulls unearthed in the Midwestern United States have led to the discovery of two new and unusual species horned dinosaurs, researchers said Wednesday.

One, nicknamed Judith after the Judith River geological formation in Montana where it was found a decade ago, is about 76 million years old.

Formally named Spiclypeus shipporum, the creature was part of the Chasmosaurine family -- which includes the famous Triceratops -- and had "horns over the eyes, which stuck out sideways from the skull," said the report in the journal PLOS ONE.

This big, lumbering herbivore also had a "unique arrangement of bony spikes that emanated from the margin of the frill," or neck shield. "Some spikes curled forward while others projected outward."

Researchers found a collection of bones, including parts of the skull, legs, hips and backbone, with some showing signs of arthritis and infection, a good indication that the animal may have suffered pain.

The dinosaur lived for about 10 years, judging by the growth rings inside the bones, according to archaeologists.

"This is a spectacular new addition to the family of horned dinosaurs that roamed western North America between 85 and 66 million years ago," said lead author Jordan Mallon of the Canadian Museum of Nature.