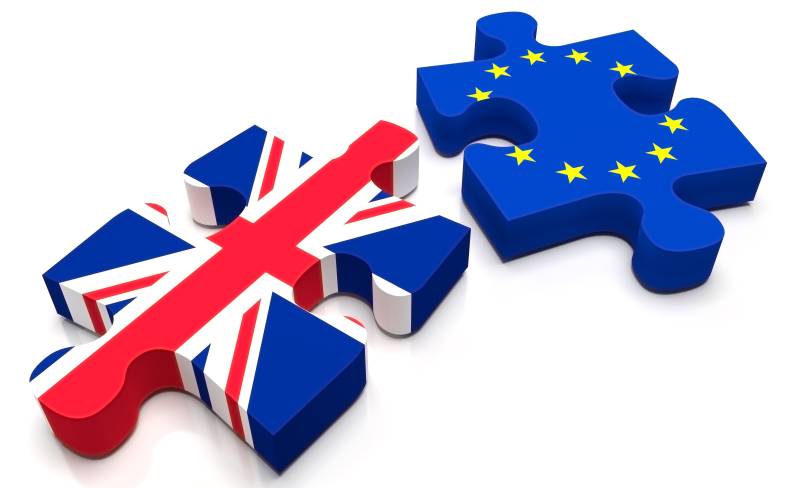 BERLIN: German Chancellor Angela Merkel stressed on Wednesday that she hoped voters in Britain would opt to remain in the European Union.

“Of course I want Britain to stay in the EU but the decision is with British citizens,” she told reporters after talks with Polish Prime Minister Beata Szydlo.

Merkel has repeatedly expressed her support for Britain remaining in the EU, with polls showing the referendum’s outcome on a knife-edge.

Polish PM Szydlo also said she “strongly hoped” that Britons would choose to stay part of the 28-member European Union. However, she said the bloc would “respect any outcome” in Thursday’s UK referendum.

Volunteers from Paris travelled to London on Wednesday to hand out love letters from France aiming to persuade Britons to stay in the EU on the eve of a knife-edge referendum.

Standing outside one of London’s busiest commuter rail stations, around 15 volunteers from “Operation Croissant” handed out postcards with handwritten messages from French nationals. “Because what would you do without French kiss?” read one.

Organisers had hoped to distribute freshly-baked croissants with the roughly 500 postcards sending greetings from the city of love ahead of Thursday’s European Union membership vote.

But their plans were scuppered by British police, who cited laws banning campaigners from providing food to voters in the run-up to an election because it could corrupt the result.

Organiser Rosa Rankin-Gee said they wanted to make a gesture which contrasted with the often bad-tempered main debate. “We’re all aware of how vitriolic the campaign has been and we wanted to do something happy, to make people smile,” she said.

On the postcards, people write about “their love for our eccentricity or our music” or about their families’ Anglo-French connections, she said.

Wearing “Operation Croissant” T-shirts, volunteers handed out the messages in the morning rush hour outside King’s Cross station. Some walked on without taking the postcards while others were intrigued by the interest that their French neighbours were taking in the vote.

Kathryn Sygrove, 50, received a postcard which read: “Please don’t leave us alone with the Eurovision Song Contest.” “I’ve already made my mind up,” she said. “I’m on the side of the croissant.”

Amy Ferguson, 33, who actually works for a company making croissants, said she too had already decided to vote in, but added: “I think it’s nice that they have sent us this. I’m touched.”

London has traditionally been a strong supporter of Ankara’s long-stalled bid to join the bloc. But Turkey’s possible future membership has emerged as a major theme in the British referendum campaign. Supporters of Britain’s exit from the European Union have argued that the country risks being swamped by millions of Turks in the future if it remains a member and Turkey joins the bloc. Prime Minister David Cameron countered that Turkish membership was not “remotely on the cards” and may not happen until the year 3000.

“We desire Britain to stay in the EU,” said Cavusoglu. “Britain’s exit would certainly have a negative impact.” But he also warned that the EU would weaken if it failed to “renew itself, correct wrong policies and produce solutions to problems faced by European people ... and stand strong against negative trends like racism and xenophobia”.

He said EU efforts on such issues would be “only half done” if Turkey was excluded. “The EU should not be scared of a strong Turkey, and instead it should cooperate with a strong Turkey.”

After applying in 1987, Turkey began EU accession talks in 2005 but its membership bid had been held up by an array of problems. Despite repeated rows with the bloc on issues ranging from press freedom to a crackdown on Kurdish militants, President Recep Tayyip Erdogan insists that EU membership remains a strategic goal for Ankara.