Here's how Prince Harry honoured his mother, Princess Diana at the Royal Wedding 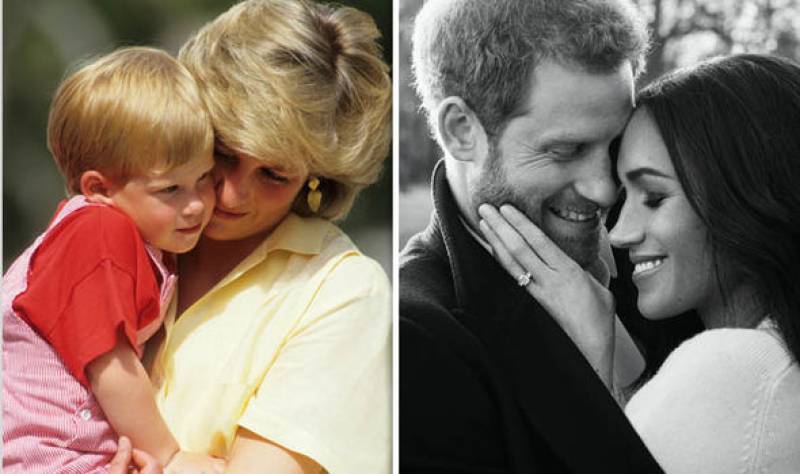 Not many hours ago, Prince Harry and Meghan Markle officially became husband and wife at the St. George's Chapel at Windsor Castle among their closest friends and family from both sides. The newly anointed Duke and Duchess of Sussex even honored the late Princess Diana in a very special way.

As per a report by E! News, even before the wedding, the duo stated in an earlier interview that Meghan and Diana would have been "bestest friends."

Harry presented his new fiance with stones that belonged to his late mother and Markle had this to say, "I think everything about Harry's thoughtfulness is - and the inclusion of that and obviously not being able to meet his mom it's so important to me to - to know that she's a part of this with us."

She further added, "And I think in being able to meet his aunts and - and also like Julia and just different people who were so important to his mom, I'm able to, in some way, know a part of her through them and of course through him. And it's - it's incredibly special. And you know to be able to have this which sort of links where you come from and Botswana which is important to us and it's - it's perfect."

Prince Harry stated that his mother would have loved his bride to be, "Oh they'd be thick as thieves, without question, I think she would be over the moon, jumping up and down, you know so excited for me, but then, as I said, would have probably been best friends - best friends with Meghan," he said. "So no it's - you know it is days like - days like today when - when I really miss having her around and miss being able to share the happy news. But you know with the ring and with everything else that's going on I'm sure she's…"

On the 4th of May a special statement from the prince was released, which explained how he was "keen to involve his mother's family in his wedding."

"All three siblings of Diana, Princess of Wales will be in attendance and Lady Jane Fellowes will give the reading," read the statement. "Prince Harry and Ms. Markle both feel honoured that Lady Jane will be representing her family and helping to celebrate the memory of the late Princess on the wedding day."

Harry and Meghan also kept Lady Di's memory close by during their ceremony by hand picking her favourite flowers-forget-me-nots from the Palace garden for Meghan's bridal bouquet.