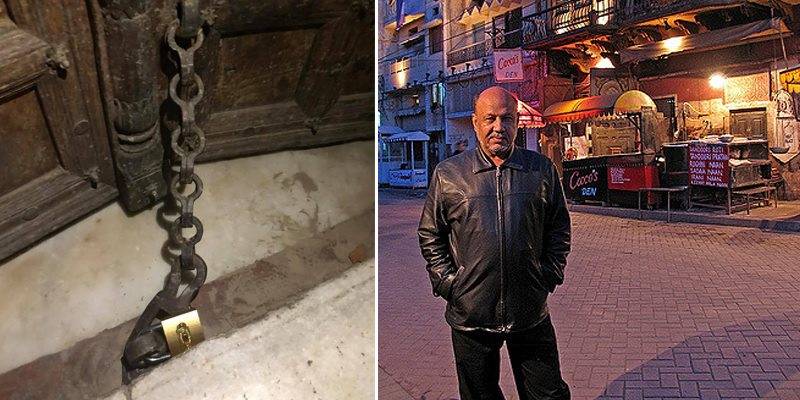 LAHORE - Lahore-based artist Iqbal Hussain has claimed that he was locked up inside his own home along with two daughters and granddaughters by his nephews.

Hussain, who owns famous eatery  Cooco's Den in Punjab's capital city, posted a status on his Facebook account and revealed the ordeal at the hands of his own family members, due to some property disputes.

In his social media post made in the wee hours of Saturday, the artist revealed that his daughters returned from their uncle's house but were shocked to see him (Iqbal) locked inside the house.

The artist expressed that as he was locked inside the home, he tried to contact the police, but to no avail. He also posted a video captured by his daughter from outside the house.

'I called on 15 and two officers came but they went with my nephews and they never came back,' stated Iqbal Hussain.

He also named his nephews, Abrar Hussain, Israr Hussain, Nazar Abbas and their servant Shahid Fazul Hussain to have threatened his family for putting back the closure notice on the cafe.

Hussain expressed that after he contacted the emergency helpline, 15, two police personnel visited his house, but warned the distressed family members not to break the locks and instructed them to visit the Tibbi police station.

Afterwards, when the family members visited the said police station, they were censured for contacting the police emergency helpline.

“Who asked you to call 15? Stop calling 15. We are not free. Come tomorrow.” said the police officer on duty, as claimed by the artist.

When Iqbal's wife pleaded that her daughters and husband were locked inside, the police officer replied: “Get lost from here”.

The owner of Food Street's famous hotel concluded that if he or any of his family member is harmed, then his nephews (named above) would be responsible.

Although Iqbal Hussain has claimed being besieged on Saturday, he has been voicing concerns regarding the alleged mistreatment meted out to him by his nephews for over a few days.

Earlier, on Friday, the artist had expressed in a Facebook post that his cafe was illegally possessed by his nephews despite the orders of the court and Punjab Food Authority (PFA).

Requesting the foodies to boycott Cooco’s Den and Cafe, the artist vehemently claimed that he was the rightful and legal owner of the hotel and was not opening any other branch or selling its name to anyone in Karachi or anywhere in Pakistan.

He also accused his nephews of having produced a fake medical certificate for selling the brand name of the cafe in Karachi, requesting the consumers that he would re-open his cafe and would invite the people.