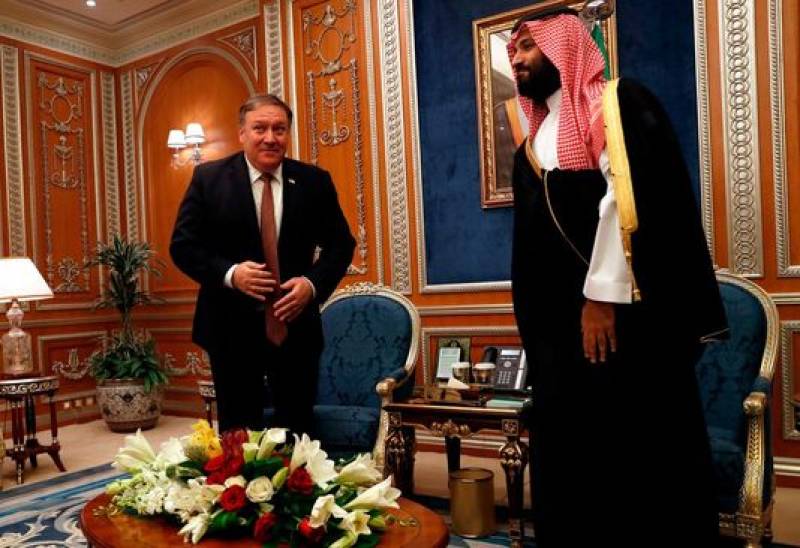 RIYADH – Saudi Crown Prince Mohammed Bin Salman Al Saud, who also holds the post of defence minister, has discussed the latest regional developments and the international situation in a phone call with US Secretary of State Mike Pompeo, the kingdom's Foreign Ministry said on Sunday.

“Crown Prince Mohammed bin Salman received a phone call from the United States Secretary of State Mike Pompeo. During the call, they reviewed bilateral relations between the two countries, discussed regional and international developments and the efforts exerted towards it,” the ministry said in a statement, posted on Twitter.

The phone call comes hours after Saudi King Salman bin Abdulaziz Al Saud urged the leaders of the Gulf Cooperation Council and the Arab League to gather for extraordinary summits in the city of Makkah on May 30 in the wake of this week's Houthi drone strike on the country's oil facilities and the May 12 mysterious attack on several tankers off the UAE coast.

Four commercial ships were sabotaged off the coast of the United Arab Emirates on Sunday, and two days later drones attacked oil installations west of the Saudi capital Riyadh.

MoS @AdelAljubeir: “The Kingdom is following with great concern the regional and international developments, which are escalating as a result of the aggressive actions of the Iranian regime and its proxies in the region”

On Saturday, Saudi Minister of State for Foreign Affairs Adel Al Jubeir also urged the international community to take a "firm stance against the Iranian regime by stopping it, and preventing it from spreading destruction and chaos throughout the world."

Tensions have been soaring in the region after the United States stepped up its military presence in the middle East earlier in May in what White House National Security Adviser John Bolton has called "a clear and unmistakable message to the Iranian regime." The deployment includes a carrier strike group, Patriot missiles, B-52 bombers and F-15 fighters, according to the Pentagon.

RIYADH – Saudi Arabia on Thursday accused Iran of ordering a drone attack by Yemen’s rebels that knocked out a key ...

On Thursday, US President Donald Trump told reporters that he hoped to avoid a war with Iran. At the same time, Iranian Supreme Leader Ayatollah Ali Khamenei said that Tehran did not intend to wage war with the United States, but would continue to resist Washington.