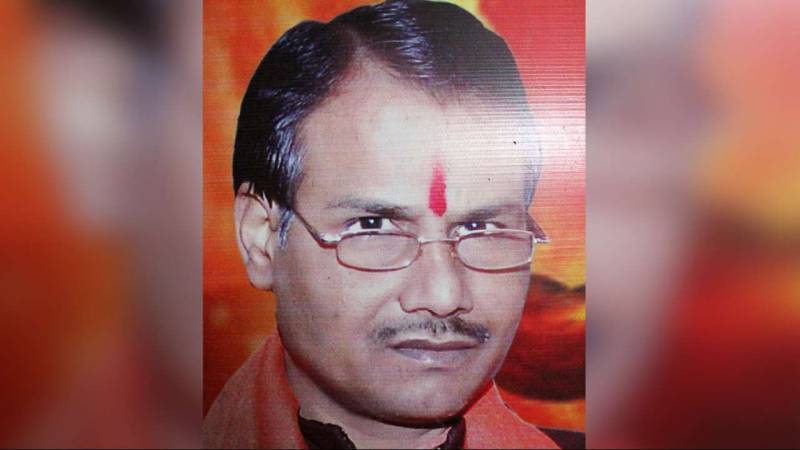 The police said Kamlesh Tiwari was killed at his home at Khursheda Bagh in Luchnow on Friday afternoon. According to the details, Kamlesh Tiwari was the president of a little known Hindu Samaj Party in his area Khurshed Bagh in Lucknow who committed blasphemy of the Holy Prophet (PBUH) and some faithful subjected him to severe torture and killed him.

Uttar pradesh plice said that they had taken three persons into custody for their role in killing Tiwari. "Maulana Mohsin Sheikh, Faizan and Khursheed Ahmad Pathan have been arrested," said OP Singh of Uttar Pradesh police. "We are interrogating them and two other were also detained but were released later,".

In their investigation, police found that Kamlesh used comments which were objectionable after which he was killed but said that they made progress in the case and took three persons into custody.

Kamlesh did make a speech in 2015 and uttered objectionable remarks which hurt the Muslims at large in Uttar Pradesh.

On the other hand, extremist Hindus in India do not respect the rights of other religious groups including Christians and Muslims and kill them on false allegations of 'disgracing cows'.

After Tiwari's murder, security was high alert in the area as clash was possible between Hindu and Muslims. According to the reports, the local police just took three innocent persons into custody just to cool down the extremists Hindus.

"The Hindu people are very angry and charged over murder of Tiwari and we are investigating the matter," said a police officer adding that "So far, nothing has been proved against the persons taken into custody".

The local Muslim community said that they are frequently harassed by Hindus and police also support the local Hindus.