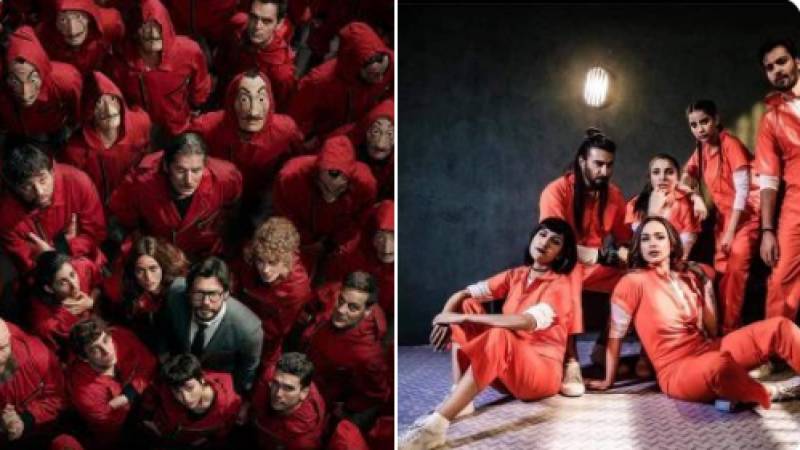 Netflix’s La Casa De Papel – better known as Money Heist – has been international hit ever since it's release and guess what? We are about to get a desi version of it!

The interesting part is that the mugshots from the upcoming film '50 crore' has each celeb named after a city in Pakistan, such as  Aly as Sahiwal, Abbasi as Bela, Aslam as Rahim Yar Khan, and Sarhadi as Mianwali.

After seeing the pictures, Twitter users were quick to point out the similarity between the movie and the Netflix series. Netizens think that '50 crore' is a 'complete' copy of 'Money Heist'.

And as usual, the memes are on a roll and Pakistan's can't stop making fun of the upcoming venture:

am i the only one who finds this embarrassing?? why did they think this would be a good idea😭😭 pic.twitter.com/X8VMSLvB5y

LMAO WHAT? ARE THEY GOING TO ROB THE BANK OF PUNJAB💀😭 pic.twitter.com/XQlQXeiR1r