Dubai signs deal with India for investment in occupied Kashmir 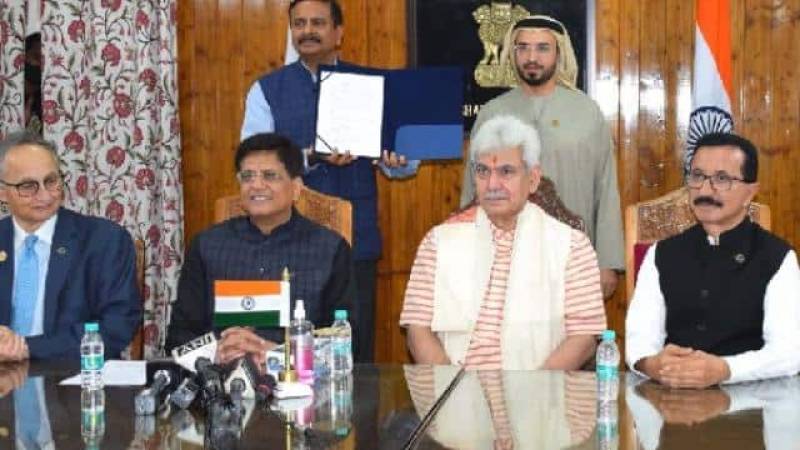 NEW DELHI – Dubai has entered a deal with the Indian government to build infrastructure in the Indian Illegally Occupied Jammu and Kashmir.

The announcement was made by the Modi government on Monday amid rising violence in the occupied territory. It has not shared the details about the value of the accord yet.

The agreement by Dubai, one of the seven emirates of the UAE, marks the first foreign investment in the restive region since the Indian government stripped the region of its autonomous status.

Dubai, as per the agreement, will establish infrastructure including industrial parks, IT towers, multipurpose towers, logistics centres, a medical college and a specialty hospital.

“The world has started to recognise the pace [at] which Jammu and Kashmir is traversing on the development bandwagon,” Indian Trade Minister Piyush Goyal said in a statement.

He said that various Dubai-based firms had shown interest in investment in occupied Kashmir.