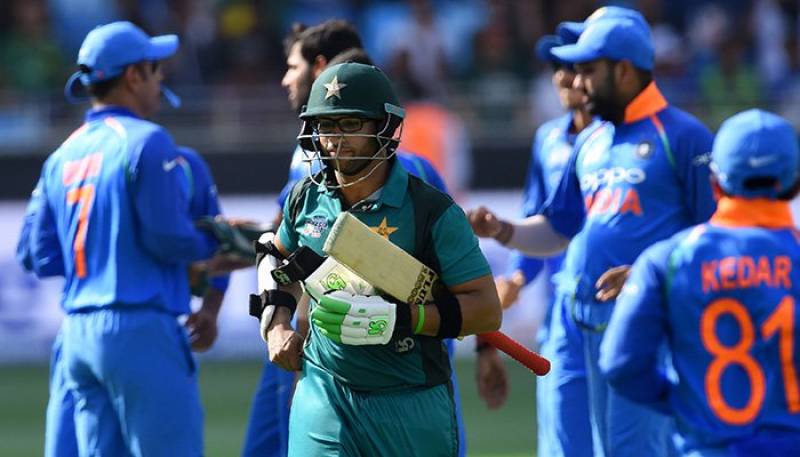 DUBAI -  India thrashed Pakistan by 8 wickets in a match of the Asia Cup 2018 at Dubai Cricket Stadium in UAE on Sunday.

India chased down Pakistan's below-par target of 163 in 29 overs at the loss of two wickets.

Earlier, Pakistan had set the target of 163 runs against the arch-rivals  India in Asia cup's match.

Pakistan was wrapped up by the Indian bowling side on 43.1 overs. As many as seven Pakistani players were unable to reach double figure.

Babar Azam was top runs scorer from the national side.

Pakistan decided to bat first after winning the toss against  India in the highly anticipated Asia Cup match at the Dubai International Cricket Stadium today (Wednesday).

Pakistan lost its openers early in the game as fast bowler Bhuvneshwar Kumar gave a much-needed breakthrough to Rohit Sharma's side. 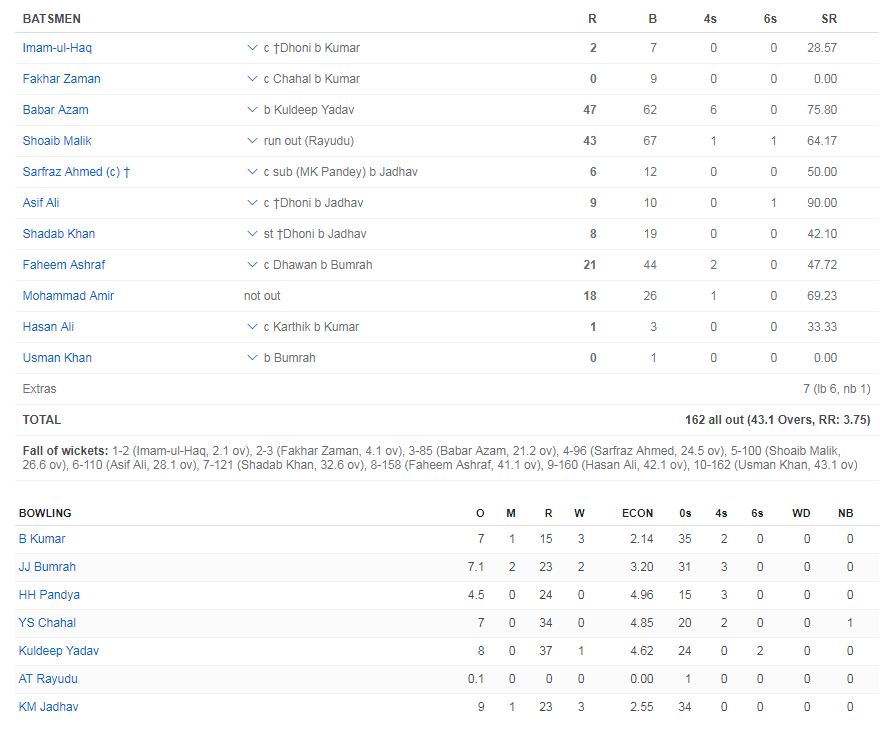 The game is the first between the Asian rivals since Pakistan thumped India by 180 runs in the final of the Champions Trophy at The Oval in June last year.

The two teams are facing each other for the first time in the United Arab Emirates since 2006, the last of their regular matches which were also held in Sharjah between 1984-2000.

ISLAMABAD - Prime Minister Imran Khan is likely to land in the United Arab Emirates on Wednesday to watch a match of ...

Both teams have faced each other 12 times in the Asia Cup.

India have won six games while Pakistan came out as winners in five matches. One match between India and Pakistan was abandoned.

The match will begin at 4:30 pm Pakistan Standard Time.