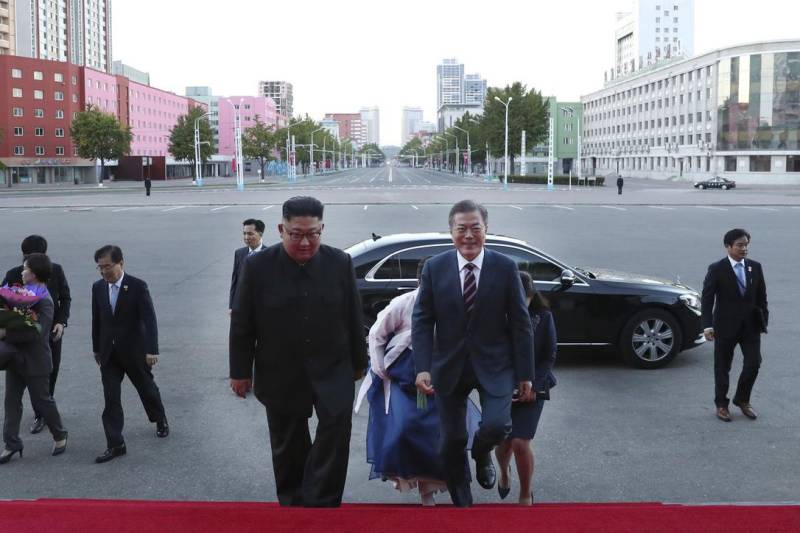 SEOUL - In a major breakthrough between the Koreas, South Korea's President Moon Jae-in has claimed that North Korean leader Kim Jong-un has agreed to shut down one of country's main missile testing and launch sites.

The disclosure came as Moon travelled to Pyongyang on the first tour as a state leader on Tuesday, months after Kim crossed the denuclearised military zone and met the South Korean counterpart.

'The two leaders agreed on a way to achieve denuclearization," said Mr Moon.

On the other hand, the agreement was described by Mr Kim as a 'leap forward' towards military peace on the peninsula that has been a bone of contention between the two countries.

Mr Kim also said he hoped to "visit Seoul in the near future" and if his plans materialise, he would be the first North Korean leader to do so.

The main focus of the Wednesday summit was the issue of denuclearisation as Moon arrived in the North Korean capital for a three-day historic tour.

Although the US and North Korea have agreed to work towards the goal of complete denuclearization, the negotiations have stalled but Pyongyang has now sought to reconfirm its commitment.

Detailing the progress on the latest summit, Mr Moon said his Northern counterpart had 'agreed to permanently close the Tongchang-ri missile engine test site and missile launch facility' and, crucially, that this would be done in the presence of experts from relevant nations for proper verification.

Mr Kim had also agreed to shut down the Yongbyon nuclear facility, added Moon; the site is the same where North Korea is believed to have produced the material used in its nuclear tests.

The North Korean leader has conditioned that the facility would be abandoned only if the US took some reciprocal action. The details of that were not revealed.

North Korea dismantled its main nuclear testing site at Punggye-ri shortly before Mr Kim's meeting with US President Donald Trump in June, a development widely hailed on the global spectrum as an initiation of detente between the countries.