Not lovin’ it: New Zealander finds cockroach in McDonalds burger 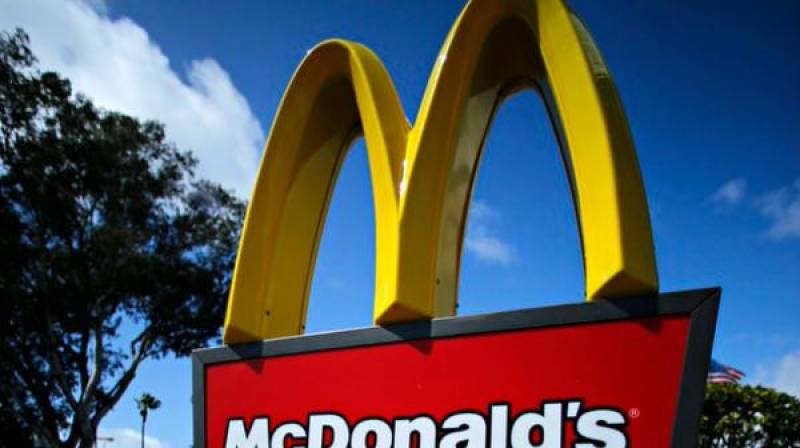 CHRISTCHURCH (Web Desk) - Fast food giant McDonald's said Monday it was aware of a New Zealand woman's allegation she found a half-eaten cockroach in a hamburger bought at one of its South Island restaurants.

Annah Sophia Stevenson told Fairfax New Zealand that she bought a Big Mac meal on Saturday night then found the cockroach when she was back at home and part-way through eating the burger.

"The guts were hanging out and it had a big hole in the middle of it," the 26-year-old make-up artist said. 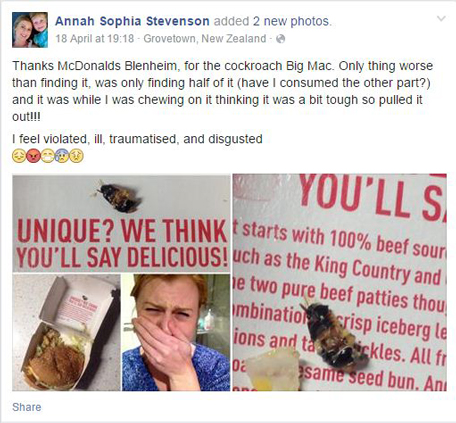 "I was trying to squeeze my teeth through it. I was chewing on that thing for a while. I thought it was a bit of gristly meat."

Stevenson did not complain to the restaurant, instead posting pictures on Facebook and saying she felt "violated, ill, traumatised and disgusted".

McDonald's said that its franchisee in the town of Blenheim contacted Stevenson as soon as it became aware of the allegations on social media.

It said the franchise collected "the burger and foreign object" so they could be sent for independent testing.

However, McDonald's said Stevenson requested the burger's return on Monday, which "severely limits our ability to further investigate the matter".

It said council health inspectors visited the restaurant on Monday and found no evidence of pests.

"It's important to note that the products were ordered via drive-thru, transported by car and then consumed at the customer's home," McDonald's said in a statement.