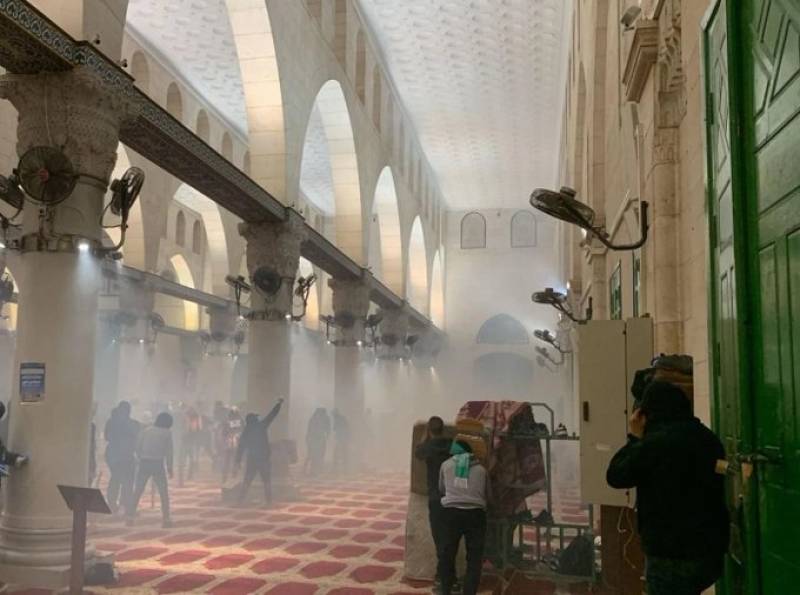 JEDDAH – Saudi Arabia has called on the international community to play its role in holding the occupation Israeli forces responsible for violence attacks at Al-Aqsa Mosque.

It said that the violence will cast negative impact on efforts to revive the peace process in the Middle East.

Earlier this week, more than 150 Palestinians were injured and 300 were others arrested in a raid by Israeli forces on Al-Aqsa Mosque.

Meanwhile, UAE summoned Amir Hayek, Ambassador of the State of Israel to the country, to lodge strong protest and denunciation of the events taking place in Jerusalem and Al Aqsa Mosque, including attacks on civilians and incursions into holy places that resulted in the injury of a number of civilians.

UAE Minister of State for International Cooperation Reem bint Ibrahim Al Hashemy stressed the need to immediately stop these events, provide full protection for worshipers, respect the right of Palestinians to practice their religious rites, and halt any practices that violate the sanctity of Al Aqsa Mosque. Moreover, she expressed concern over the escalation of tension that threatens stability and security in the region, state-run WAM news agency reported.

ISLAMABAD – Pakistan on Friday expressed “grave concern” over incidents in the occupied Palestinian ...