Pakistan vs Ireland 2nd ODI abandoned due to rain 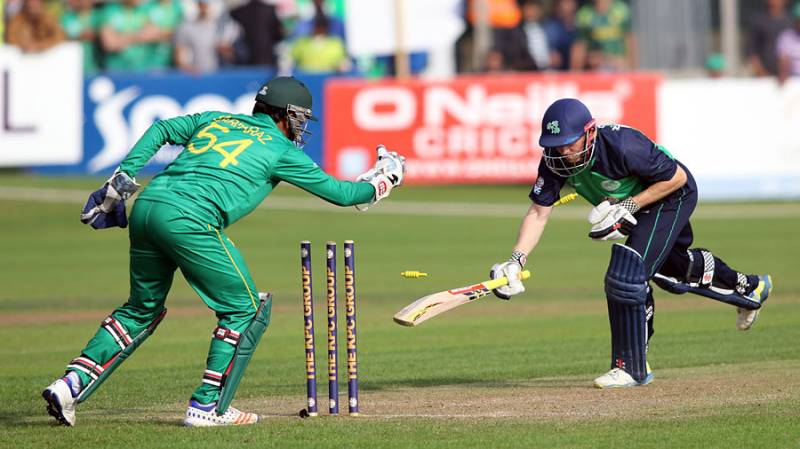 DUBLIN (Staff Report) – The second one day International (ODI) against Ireland being abandoned without a ball being bowled on Saturday.

The overnight rain did not stop until an hour after the scheduled start at Malahide and although there were a few bright spots throughout the day, the rain kept returning and the umpires officially abandoned the game at 3:30pm (1430 GMT).

Pakistan were set to face off Ireland in the second of the two-match ODI series at The Village stadium, Dublin on Saturday.

Earlier in the first ODI game, Pakistan had defeated Ireland by 255 runs on Thursday. Sharjeel Khan was declared Man of the Match for scoring 152 runs off 86 balls only.

The series will be followed by an England vs Pakistan ODI series which will start from August 24 with the first match at Rose Bowl Cricket Ground. The remaining matches will take place on August 27, August 30, September 1 and September 4.

The England ODI series will be followed by a T20 game between Pakistan and England, which will be played on September 7.