The swelling nexus against the US sanctions 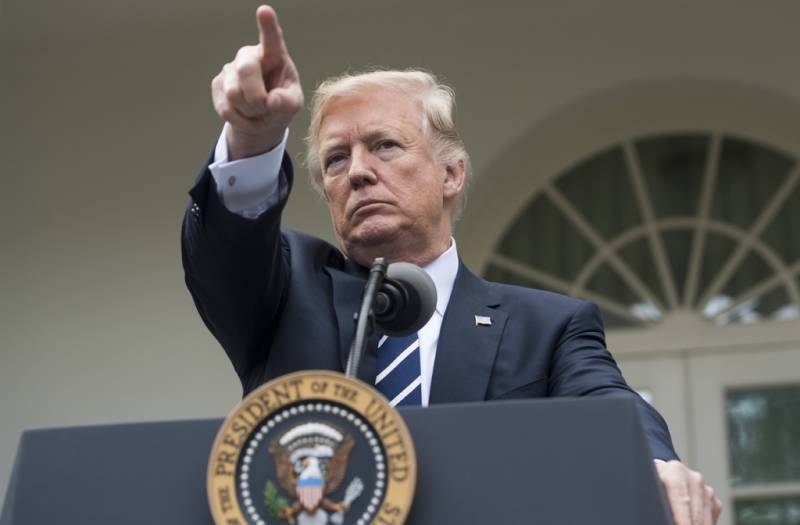 Dollar, the global currency of trade, remains America’s instrument of choice for intimidation and coercion. The 45th  US president has been setting aside the difference of allies and foes while imposing unilateral punitive measure called sanctions. Such decisions are not subject to exhaustive assessment of their implication for the US foreign relation, strategic imperatives and economic fallout but the whims of Donald Trump.

Over the years, the US sanctions have gradually expanded in scope and spread both. Today, Iran, Russia, and  Turkey are facing stringent American curbs while allies such as India, Germany, and France are vulnerable to the infectious, extraterritorial binds for continuing trade with Tehran and Moscow.

Signifying the inherent disparity of the global political system, the regime of sanctions is abjectly unjust and self-defeating. The countries facing the curbs have rarely ‘corrected’ their behavior. The UN Security Council resolutions, however, have a marginal degree of success. The deterrent effect has largely affected the public, which the world powers or the US alone expect to cause political pressure on the regimes to change their behavior. Of late, the US has been refining the punitive regime to target the governments in question or certain specific individuals, sectors or entities. They can like a viral infection, transferring from one to other due to a specific contact, or, more like radioactive contamination. Yet, the stratagem is faced with America’s waning influence that has let the neighboring states as well as the regional rivals to flout the curbs. Over the past three decades, the countries subjected to damaging legislation have resorted to the global black market, which deals with anything ranging from rare minerals to highly sophisticated technological equipment and from narcotics to money and arms-laundering.

On the flip side though, when the superpower softens international norms for an ally while subjugating its neighbors through technological and financial restriction, they are more prone to consider other prospects for parity including resorting to the black market. For instance, Delhi managed to get a waiver from US sanctions – namely CASTA –  against Moscow, allowing her to acquire Kremlin’s S-400 Triumf missile defense system. With the self-contradictory decision, the White House expresses absolute willing for India to acquire strategic weapons regardless of the source to counter China’s might. If Islamabad negotiates for the similar weapon system, it is most likely to fall prey to the US sanctions. Similarly, Pakistan continues to face restrictions on the import of dual-use technology while the US recently waived individual export licensing requirements for export of hi-tech weapons to India, thus further damaging the non-proliferation and other arms control regimes. When Greece, a NATO member, acquired Russia’s S-300 missile defense systems alongside then top-of-the-line F-16 falcons, Washington did not even consider imposing sanctions. Turkey has been denied delivery of F-35 stealth fighter, a program Ankara has invested over $1 billion and manufactures a set of vital parts. Installation of S-400 Triumph on the Turkish, unquestionably, compromises NATO’s hold over the region’s airspace as well as could become a source for vital information about detecting the fifth-generation fighter jet in certain phases of flight. The question of discrimination arises owing to conflicting responses towards Greece and Turkey over the acquisition of Russian defense systems.

Yet, not all sanctions are vindictive while they may appear so. Take the example of sanction against Russia. The country went unpunished for waging undue wars on a smaller neighbor, Georgia. Thought it joined the war in Syria in the invitation of the embattled country’s de facto ruler, Bashar al-Assad, who acted more like a warlord. Moscow’s intervention neither cause cessation of hostilities nor any restraint on the use of excessive force, including the weapons of mass destruction. Meanwhile, the Kremlin annexed Ukraine’s autonomous region of Crimea and also the strategic gulf on the Black Sea. As its backed militiamen wreaked havoc in Donetsk region, a Malaysian passenger airliner, MH 17, was shot down over the volatile region. The plane crashed with no survivors and Russia-backed militants were alleged to have downed the jet using a BUK missile. Multiple investigations have proven it to be targeted by the Donetsk militiamen, which had the deadly projectile in the arsenal. Russia was ousted from G-8 with the western boycotting trade. The UNSC disappeared as Russia exercised its veto privilege. While the Kremlin’s destructive behavior was punished for undermining the global institutions and order, the reports of Putin’s cyber-militia meddling in various countries’ electoral process especially Brexit and US presidential elections emerged. The sanctions and isolation primarily led Moscow to increasingly rogue behavior while its leaders felt no need to walk back on their actions.

The case of Iran is a complex one. The sanctions against Iran have a long history for more obvious reasons. Since the blood-soaked coup commonly referred to as the 1979 revolution, Tehran has been reacting violently towards Iran’s friendly states during the reign of Reza Shah Pehlavi. Iran held 444 American diplomats hostage for over a year. Washington listed Iran as the state sponsor of terrorism in 1984 yet the Reagan government holds secret talks in the wake of Iran-contra scandal. The hostility continued from both side as the West back Iraq during the conflict with Iran. Come 1988, the downing of Iranian passenger jet with 290 passengers aboard was shot down by USS Vincennes over the Gulf, ‘by mistake’. The Persian resentment of the United States dates back to coup CIA organized against democratically elected prime minister Mohammad Mossadegh.

After the death of Imam Khomeini, Iran gradually reverted to the nuclear program and the global chatter about its secret nuclear weapons starting becoming louder in 2002. Disclosure of two previously undisclosed nuclear facilities – an uranium-enrichment plant at Natanz and a heavy water-moderated nuclear reactor at Arak – rendered Iran’s denials meaningless. The era of nuclear sanctions against Iran dawned with United Nations Security Council Resolution 1696 on July 31, 2006, followed by six other resolution restricting Tehran’s access to nuclear materials, and isolating her from global financial and commercial dealings. After successful parleys with US, UK, France, China, Russia and Germany, the UNSC Resolution 2231 was passed on July 20, 2015, setting out a schedule for suspending and eventually lifting UN sanctions, with provisions to reimpose UN sanctions in case of non-performance by Iran, in accordance with the Joint Comprehensive Plan of Action (JCPOA). In March, US President Donald Trump decided against certifying the nuclear deal, citing intelligence reports of Iran breach it. The Trumpian measures are extensive and biting, albeit their implementation and rationality is being undermined by the US allies as well as the rest but at varying degrees and modes.

Though the White House has not completely quashed JCPOA by re-invoking the US sanctions, it has dented the Obama-era diplomatic ‘feat’ to a considerable degree. More than a violation of the nuclear agreement, Washington seems to be punishing Tehran for raising sectarian militias and refining the technology and extending the range of its arsenal of missiles. Iran’s tooth-to-nail support for Yemen’s Houthi militants and Lebanese Hezbollah militia swelled after signing of the nuclear deal and lifting for the curb and unfreezing of the assets. What is at risk in Iran? The fear is soaring that financially mismanaged country marred with unchecked corruption can eventually go the route it purportedly abandoned i.e. Iran may go nuclear despite being an NPT signatory. It’s media organs, propagating in multiple languages including Urdu in Pakistan as well as mainstream media, can help stimulate a virtual version of Hezbollah 2.0 which can attempt to take matters into its hands where ever Tehran deems it necessary. While leaving the JCPOA intact, the US could have engaged its allies in a fresh diplomatic offensive to oust Iran from Syria and crush its sectarian mercenaries through the Middle East, through sanctions, and covert and overt action. Alas, the White House occupant is not used to of spadework and patience.

In effect, Donald Trump has created a nexus of sanctions in a geographical region extending from Turkey to Iran and all the way to Russia. The collective political push of the three countries and China can seriously weaken Washington’s noose. As much as the three nations are deeply integrated into the dollar-driven global financial system, there are prospects of sanctions failing politically. Europe, Russia, and China have woken up to the reality that a parallel system based on anything but dollar must be established. Admittedly, the European common currency market and its regulator do enjoy significant autonomy. The US sanctions are being tailored to undermine any external alternatives due to their extra-territorial application. Considering the fact that China and India, primary importers of Iran’s petrochemicals totaling to more than half of its foreign exchange revenue, are not ready to strangulate her by cutting the supplies, Washington is mulling over allowing 50 percent imports of oil from Iran. It may not be a huge relief for the regime but a political victory of sorts. Russia, on the other hand, has Turkey, Egypt, and Pakistan on its side instead of being isolated as the Ukraine-related sanctions were meant for. Thus, sanctions seem to weaken the dollar-based economic system and fast paving the way for a parallel Euro or Yuan-based alternative.