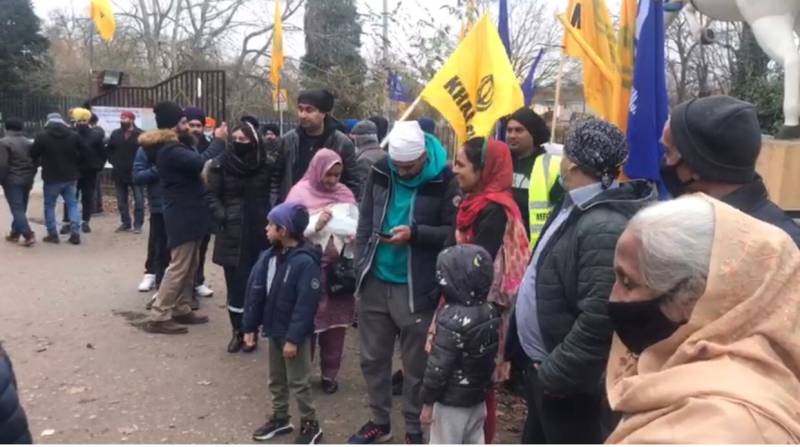 On 14 December, Hindustan Times again repeated the fake news about London Police Raid against Khalistan Referendum stating “On November 15, the UK police raided the office of Sikhs for Justice located in Hounslow. The Metropolitan Police took away all electronic devices and documents pertaining to the so-called referendum held by the SFJ.”

Indian media in a coordinated campaign ran fake news three weeks ago that Scotland Yard had raided SFJ’s London office and recovered fake machines and papers and that a Pakistani man had been arrested too. However, upon inquiry by the different news outlets including Geo & The New, the London police categorically denied of raid against SFJ had taken place, voting equipment being seized or any arrest being made. Apparently, Indian media had aired the fake news of police raid on SFJ to dissuade the British Sikhs from taking part in the Khalistan Referendum voting. 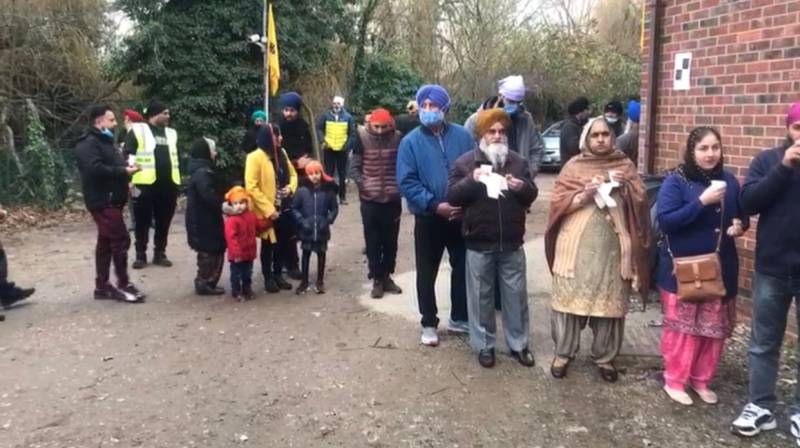 Earlier on December 10th, in the midst of snowstorm, more than 6000 Sikhs showed up to vote in Geneva, Switzerland to kickstart the European Phase of Khalistan Referendum.

According to Sikhs For Justice (SFJ), the organizers of Khalistan Referendum, voting in Slough was organized on the request of Sikh community members from Slough who approached the Punjab Referendum Commission (PRC) – the independent panel of election experts supervising and overseeing the Khalistan Referendum – asking for setting up of the polling station in the neighborhood to give an opportunity to the Sikhs of the area who could not vote so far.

Kickstarted from London on 31 October, SFJ’s innovative initiative of Khalistan Referendum seeks votes from the Sikh diaspora on the question of secession of Punjab and other Sikh majority areas from India. The opening day voting held next to British Parliament on the day of Indian Premier Indira Gandhi’s assassination saw more than 30,000 Sikhs showing up to cast their votes. 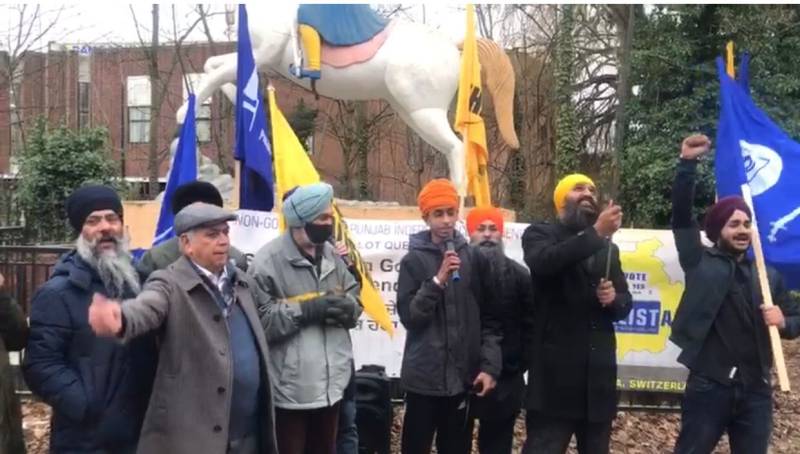 Khalistan Referendum organisers had announced to hold the voting in major cities and towns across UK throughout the month of November before moving the campaign to other European and North American countries with cluster of Sikh diaspora.

Since 2019, India has banned Sikhs For Justice (SFJ) as an unlawful entity under draconian colonial era law “Unlawful Activities Prevention Act” (UAPA) and has declared its General Counsel, a US based lawyer, Gurpatwant Singh Pannun as “terrorist”.

However, the western democracies like UK, USA and Canada continue to allow SFJ and its Referendum activities, apparently viewing the secessionist group’s activities as an expression of political opinion covered under the principle of “freedom of expression”.