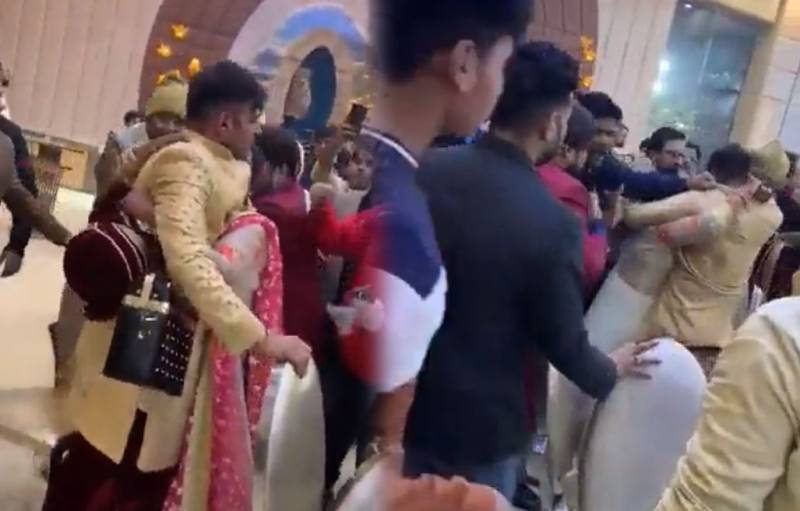 NEW DELHI – In a shocking incident in the northern Indian state of Uttar Pradesh, the family members of a bride physically manhandled the groom and his relatives after being forced to pay dowry.

Indian news outlets reported that the incident occurred in Ghaziabad district on Friday night. In the viral video, a group of charged people could be seen surrounding the groom, Muzammil - a resident of Agra, and manhandling him.

The man donning the traditional wedding attire was dragged in the marriage hall. Amid the drama, a groom relative attempted to rescue him. The banquet hall staff and other guests were spotted filming the scandalous incident.

In a shocking incident reported from #Sahibabad area of #Ghaziabad district in #UttarPradesh, a man, who was said to be #groom, was thrashed for allegedly demanding more #dowry. #viral #viralvdoz #video #Trending pic.twitter.com/kdL3SPb3Ej

Meanwhile, reports claimed that bride's family members thrashed the man for demanding more dowry while a complaint has also been filed in this regard.

Bride’s family told media outlets that they already paid INR3 lacs along with a diamond ring in dowry while the groom's father had demanded Rs INR1 Million and even threatened to call off the wedding if the demand was not met.

NEW DELHI – A bride in India beat up her groom for chewing gutka (tobacco) during wedding rituals in front of ...

As the groom's family was not satisfied with the dowry amount, the other side got angered and they thrashed the groom and some other family members. Furthermore, the bride’s family members alleged that the man was married multiple times.

LAHORE – Six brothers from the country’s seventh-largest city wed six sisters in a unique wedding as the ...