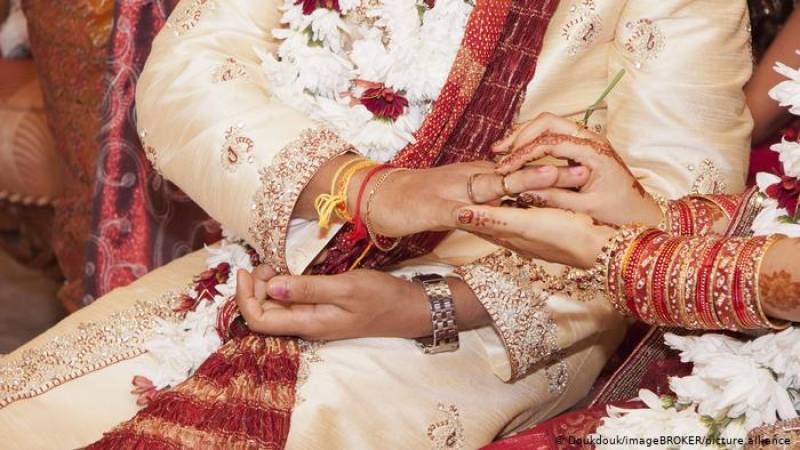 NEW DELHI – A bride in India beat up her groom for chewing gutka (tobacco) during wedding rituals in front of guests, show a viral video.

The hilarious incident happened on the wedding pavilion when the woman observed that her husband-to-be chewing tobacco.

The bride got infuriated and she started beating him up. She also asked the groom to spit the “gutka” while no one intervened to control the situation.

The helpless groom had no option but to spit the tobacco. He can be seen in the video spitting gutka, which is commonly used by youth in India.

The video has drawn amusing responses from internet users with some people appreciating the bride for taking stand against tobacco.

The whirlwind romance of the famous or rather infamous University of Lahore (UOL) couple seems to have failed as the ...