Bilawal's Tribute to Benazir Made Us Cry 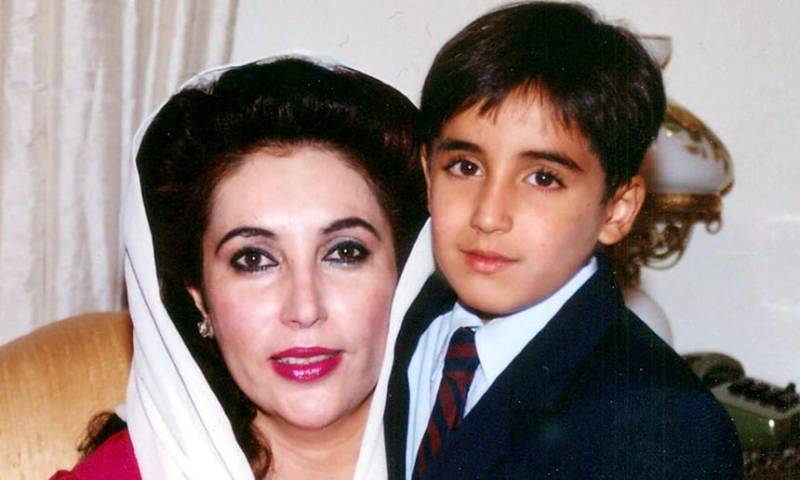 Bilawal Bhutto Zardari has given the most beautiful ode, for The Guardian, to his mother Benazir Bhutto.

He made us see the woman who was a wife, a mother, a politician, a leader as well as a Pakistani woman who was criticized and questioned for her choices and situations in life.

He addresses his mothers achievements: "At the time, as her children, we didn’t appreciate how extraordinary her life was. Looking back it is clear that despite her accomplishments, every day she had to prove that as a woman she had every right to be who she was, larger than life and leading from the front, every step of the way."

"Zia’s regime decided that a woman’s worth would be half that of the man in the eyes of the law. It was in this environment that my mother cut her political teeth, and led the political campaign against the regime.

Enduring imprisonment, solitary confinement, exile, assassinations of family members and associates was what she had to live through as a young woman.

A poet of the time encapsulated the patriarchal regime’s fear of my mother quite succinctly: “Dartay hain bandooqon walay, aik nihatti larki sai.” (How the people with guns fear an un-armed girl.)"

He speaks about issues Benazir faced during her pregnancies:

“Perhaps most controversially when she was pregnant with my sister, Bakhtawar, her prime ministership was challenged for that fact. There were calls for her dismissal, the setting up of a caretaker government because a pregnant woman had no right to be prime minister. It’s not like the constitution allowed for maternity leave.”

Benazir was a woman of immense courage and dealt with problems wisely:

Bilawal says, “My mother, being who she was, took this all in her stride with a smile on her face, had her baby in secret and was back at work the next day. For misogynists, no matter what women do, it was and is never good enough.”

Even Benazir had to face difficulties of being a woman in power:

“In 1988 my mother led a nationwide election campaign, wrote a bestselling book, had her first child and became the youngest and first female prime minister of the Muslim world. All in one year! For her detractors this wasn’t good enough. She was unacceptable because she was a woman.”

She was a busy woman but she never let her children suffer - she even made it to all the PTA meetings:

“She led the long fight against Musharraf, fought consistently for democracy, and advocated for the release of political prisoners, including my father who at this point had spent a collective 11-and-a-half years in prison without a conviction. All the while raising her children as a single mother, lecturing and giving speeches to make a living, making time to have a meal with us every day, taking us to the mosque every Friday, helping us with our homework, and much to our annoyance, never missing PTA meetings!”

He ends his tribute to his idol by saying these perfectly put words:

"I know every child thinks of their mother as superwoman, I certainly did."

Our personal political preferences often cloud our judgment. Bilawal’s beautiful narration is not something that we can think twice about - it makes us think only of the boy who lost his mother. He makes her seem like she's still around, and she is, in his memories and his vivid narration. Benazir might have just been Bilawal and his siblings' mother, but this ode makes us appreciate the many roles our own mothers play throughout our lives, that often go unnoticed.