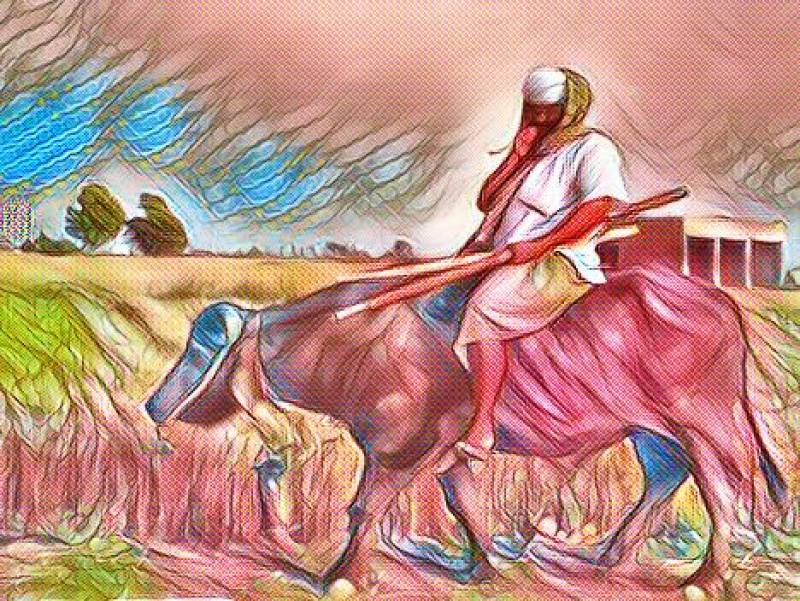 It’s easy to blame Baluch Sardars and Pashtun tribal leaders for treason and being anti-Pakistan for every other critical statement they make on national policies but the ugly truth is neither of the two can be held responsible for the mess that Pakistan finds itself buried in neck-deep today. Pakistan’s existential threat originates from Punjab and its elitist establishment that replaced British Raj as a colonizer of its own people after the Independence. The real question is; how do we save Pakistan from the Punjabi establishment before it leads us to another Dhaka.

Don’t get me wrong; there is nothing inherently wrong with the land of Punjab or its people. The problem is its ugly divisive politics shaped by centuries old rural-feudal mindset and deep-rooted experience in colonial history that it carried on post Independence and over time has deepened in Pakistan’s political milieu.

What defines Punjabi rural politics? For most of us who have witnessed the rural Punjab, there is no such thing as ‘principled’ or ‘ideological’ politics. Bhutto’s Roti, Kapra, Makaan was as much welcomed as Zia’s Islamization and Blasphemy laws. Musharraf was welcomed with open arms, as was Nawaz Sharif’s return from exile. To understand the politics of Punjab you have to understand the Punjabi rural ethos. Bonds of family, braderi and loyalty take precedence over competence, rule of law and criticism. Take a peep into Punjabi cinema and you’ll see these themes that reflect all over Pakistan’s politics. In Punjab, family comes first, then god and rest of the world. There is a reason why despite of millions of youth in the country, Sharif family has its 55 years old son in law, Capt Safdar as the President of PMLN’s Youth Wing. Yes, the ‘youth wing’!

Worst of all though, is that Punjab is highly insecure and weighs power and profit as a zero sum game. Ever heard of farmers burning down each other’s crops or poisoning the fish farms or fruit gardens out of jealousy? Using black magic to cast spells to acquire land? This is a daily occurrence in Punjabi rural land that Pashtuns and Baluch may be alien to. So were Bengalis back in the days till they came face to face with an uncompromising Punjabi establishment.

Rural Punjab is in a state of ‘colonial hangover’ and responds to only power and authority. It votes any political party that exhibits muscle over law but it equally despises the ruler on top for too long - it needs a change of face and too often. Nawaz Sharif’s mistake is that after 30 years in politics he doesn’t understand this pulse and mood of Punjab, which is why he keeps winning elections, and keeps losing his governments.

There is, however, one area of permanence in Punjab, and that is its infatuation with civil-military bureaucracy. Nothing inspires rural Punjab more than a family or a distant family member able to secure a position in the government or even better in the military. This goes back to Punjab’s colonial roots with British Raj recruiting most of its military from selected districts of Punjab – the martial races as they came to be known. Punjab is proud of its soldiers and its military, especially when Punjab gets to see a new Chief of Army Staff every three years. Civilians don’t learn, but as ironic as it is, there is much to learn about politics from the military in Pakistan that understands the importance of changing faces on the top.

This is exactly the reason why no coup has ever been resisted in Pakistan - because the permanent power holder in Pakistan celebrated all over Punjab is the Pakistan Army, not PMLN nor PPP and probably never PTI. It’s Punjab that has essentially allowed and legitimized the military presence in politics, again thanks to the praetorian power structure we carried from the British.

But the problem with Punjabi establishment is that for them there is no Pakistan beyond Punjab – unless of course it is CPEC that goes through Punjab. Rest of the Pakistan is a cheap spectator that can watch the unfolding of power struggle between the gods of Punjab be it PMLN, Army, or the Judiciary. Perhaps it is about time to ask why? Why does rest of the Pakistan has to suffer due to a ruthless power politics within the Punjabi establishment. May be it will serve Pakistan better to decolonize itself from the Punjabi brand of politics that has brought the country to where it is today.