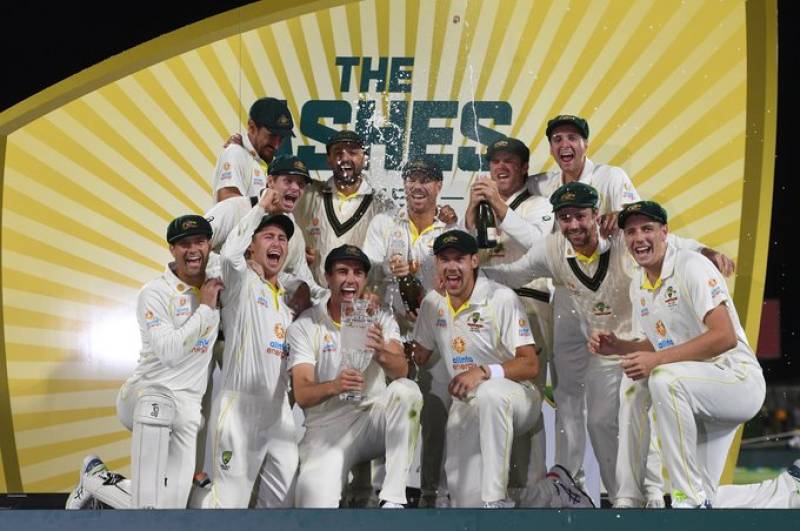 Australia have climbed to the top spot in the MRF Tyres ICC Test team rankings on the back of their 4-0 Ashes series victory against England.

According to the ICC release, Pat Cummins' men won the first, second, third and the fifth Test matches convincingly against England at Brisbane, Adelaide, Melbourne and Hobart. The visitors only managed to draw the fourth contest in Sydney, managing to save the Test by the skin of their teeth. This relentless display has seen Australia jump up two places to No.1 in the rankings, overtaking both New Zealand and India with 119 rating points.

Australia's rise to the summit of the MRF Tyres rankings 📈https://t.co/heNbOrq0km

India, who were ranked No.1 in the Test team rankings, have slipped down to the third spot after succumbing to a 2-1 series victory away from home against South Africa. After a brilliant victory in the first Test in Centurion, they were dealt back-to-back defeats in Johannesburg and Cape Town as their quest for a first Test series victory in South Africa continued.

South Africa after their series win have climbed up one spot to No.5 in the rankings chart with 101 rating points.

New Zealand, the inaugural World Test Championship winners, have retained their second position in the rankings with 117 rating points after their drawn home series against Bangladesh. After losing the first Test at the Bay Oval, the Kiwis bounced back with a comprehensive performance at the Hagley Oval in Christchurch.

Pakistan have slipped down one spot to No.6 with 93 rating points. Sri Lanka, West Indies, Bangladesh, Zimbabwe, Afghanistan and Ireland have meanwhile managed to retain their respective positions in the ranking charts.