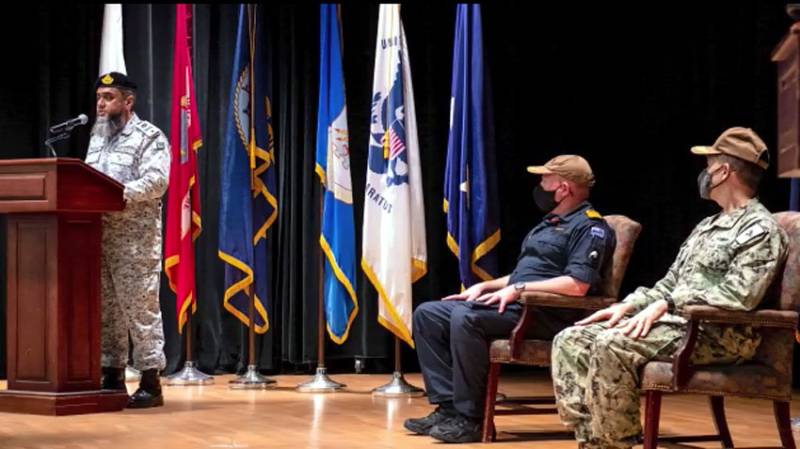 The change of command ceremony was held at the US Central Naval Command Headquarters in Bahrain.

Commodore Waqar Muhammad of Pakistan Navy has been appointed new Commander of the Combined Task Force.

Speaking on the occasion, Commodore Waqar Muhammad expressed the determination of Pakistan Navy to continue to work with the navies of other countries for peace and stability in the region.

He said the Combined Task Force ensures counter-terrorism and other illegal activities at sea.

The Commander said the Task Force is performing its duties in the Indian Ocean under the supervision of Combined Maritime Forces.