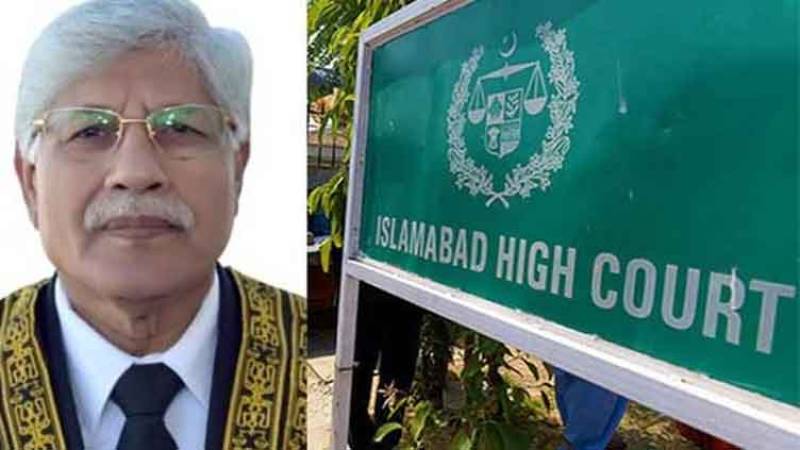 After IHC Chief Justice Athar Minallah framed the charges, Rana Shamim said: "I accept some things and some I don't."

The contempt of court case pertains to the publication of an affidavit containing serious allegations that ex-chief justice of Pakistan Saqib Nisar attempted to influence a case against former prime minister Nawaz Sharif and his daughter Maryam Nawaz.

During the last hearing on January 7, the IHC had adjourned the hearing on a contempt of court case against the former chief judge of Gilgit-Baltistan and several journalists till today.

The court was informed that Jang Group owner Mir Shakeelur Rehman could not appear for the proceedings as he had tested positive for Covid-19.

ISLAMABAD – The Islamabad High Court (IHC) on Friday adjourned the hearing of a contempt of court case against ...