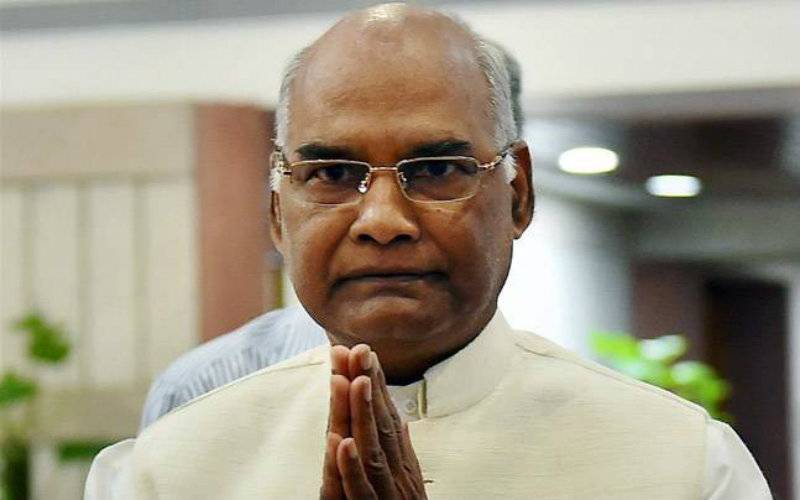 NEW DELHI - Ram Nath Kovind has been elected as India's 14th president, becoming the first head of the state of the Hindu-majority nation chosen from the marginalised Dalit community.

The National Democratic Alliance candidate obtained 65.65 percent of votes from the electoral college, the Times of India reported on Thursday.

Congratulations to Shri Ram Nath Kovind Ji on being elected the President of India! Best wishes for a fruitful & inspiring tenure.

“Congratulations to Shri Ram Nath Kovind Ji on being elected the President of India! Best wishes for a fruitful and inspiring tenure,” Modi wrote on Twitter.

20 years ago and the present…always been a privilege to know you, President Elect. pic.twitter.com/IkhnOtYf8N

Analysts said the election of Kovind would help Modi tighten his grip on power and accrue political capital by sending an important message to the Dalits, a long-disdained electoral group once known as 'untouchables'.

Dalits, who number around 200 million in the nation of 1.3 billion, are among India's poorest communities and relegated to the margins of society.

India's prime minister wields executive power, but the president can send back some parliamentary bills for reconsideration and also plays a guiding role in the process of forming governments.