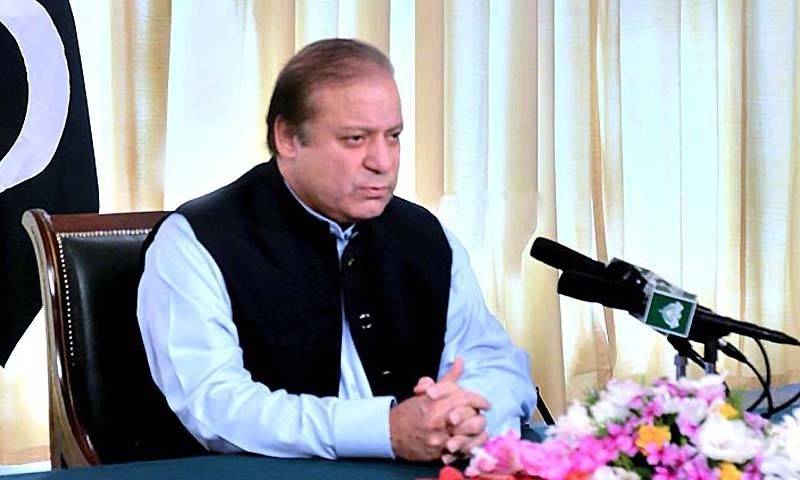 CHITRAL - Prime Minister Nawaz Sharif said on Thursday that the Joint Investigation Team did "exploitation instead of accountability" adding that no Pakistani would accept this.

Addressing participants after the inauguration of Lowari tunnel in Chitral, the premier hit out at his political rivals and claimed that masses had rejected them in past and they would be rejected again.

The premier also fired broadside at the six members of the high-powered team which submitted a report to the apex court in the backdrop of Panama papers investigations.

"The members of the Joint Investigation Team (JIT) were acting as if they were 'Sadiq' and 'Amin' like angels,"' the premier said.

He exclaimed that those who were demanding his resignation should be ashamed of themselves.

Nawaz Sharif contended that his political foes were "not asking but begging" for resignation, adding that he would never bear such obscene allegations.

"I have not learnt to bow down before such corrupt forces," he claimed.

He maintained that no one should test his tolerance anymore claiming that there was not a single corruption charge against him.

“Nawaz Sharif has no knowledge what is he being held accountable of. Those who are demanding accountability from me should themselves come out clean first,” he asserted.

"We are the ones making the ‘Naya Pakistan’ as well as ‘Naya Khyber Pakhtunkhwa’," added the premier.

The Prime Minister also vowed to bring Chitral at par with modern cities like Karachi, Lahore and Islamabad.

“All these years Chitral was cut off from the rest of Pakistan. Now it will take only two hours to reach Chitral from Dir,” he said.

In a press release, the government stated that the tunnel is a gift to the local population.

Prior to its construction, the area remained cut off from the rest of the country especially during the winter season.

In 2005, the construction work on the project was re-started during the tenure of Pervez Musharraf. However, the project faced funding issues when Pakistan Peoples Party was in power from 2008 to 2013, Geo News reported.

After being elected, the Pakistan Muslim League-Nawaz government had allocated about Rs23 billion for the mega project to complete the work.