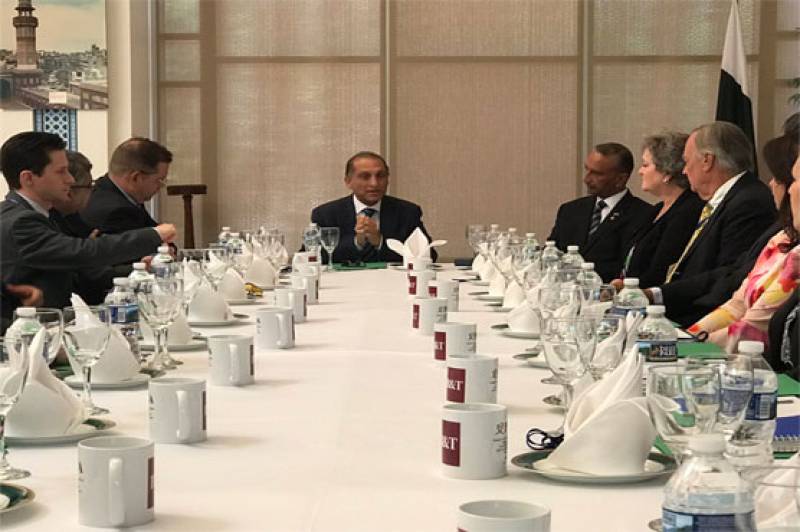 WASHINGTON - Pakistan ambassador to the United States Aizaz Chaudhry has said that there are ample opportunities for investment in Pakistan, and invited US Pakistan Business Council (USPBC) to take advantage of them.

A Pakistan American delegation called on him in Washington on Wednesday. US Congress Foreign Affairs Committee Tom Garrett was also present during the meeting.

Pakistan’s improving economic picture means that “the Koreans, the Turks, the European and corporate America are also coming in,” with energy plants being built along the nation’s southern coastline. “The next phase for us is to build a series of industrial zones,” he said. “We are expecting and attracting investments, and many of the European countries are particularly keen.-Online