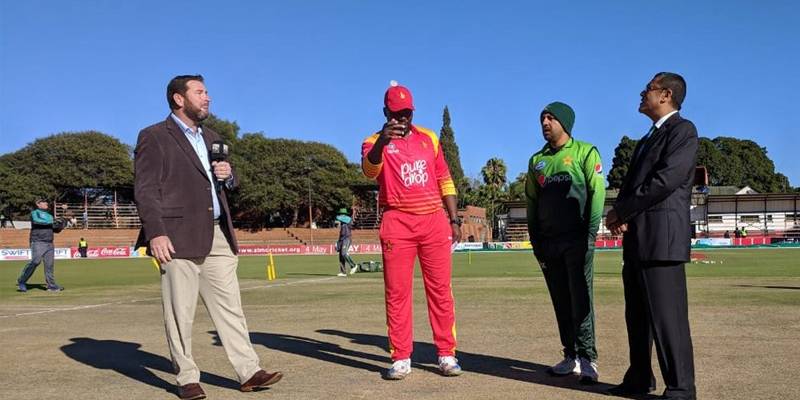 BULAWAYO - Pakistan on Friday set the record-breaking total of 399 against Zimbabwe in the fourth ODI on Friday.

WHAT AN INNINGS!@FakharZamanLive hits the first ODI double century for Pakistan! ??

He passes Saeed Anwar's previous record for Pakistan of 194!

With this feat, he also became the country’s highest scorer in any ODI, surpassing Saeed Anwar’s 21-year old record of 194.

The 28-year old left-handed batsman, who rose to global fame with a match-winning ton in Champions Trophy 2017 final against India, is the sixth batsman to score a double hundred in ODIs.

Pakistan have dominated the ODI series, bowling Zimbabwe out for 67 on Wednesday to go 3-0 up. With the series secured, Pakistan had the opportunity to experiment with their playing XI, but opted to go unchanged into the fourth match.

There were two changes for the Zimbabweans, with Chamu Chibhabha and Prince Masvaure swapped for seamer Donald Tiripano and top order batsman Tinashe Kamunhukamwe, who will be making his international debut.

BULAWAYO - Pakistan defeated Zimbabwe by nine wickets to win the third ODI and take a decisive lead in the five-match ...

Faheem Ashraf took a career-best five for 22 as Pakistan dominated the hosts for just 67,  the home side's lowest ever score against Pakistan, and the lowest ever recorded in 78 ODIs at Queens Sports Club.

The Green Shirts then chased down the target in under 10 overs and with nine wickets to spare. Zimbabwe won the toss and opted to bat first, but Pakistan struck after just one over.