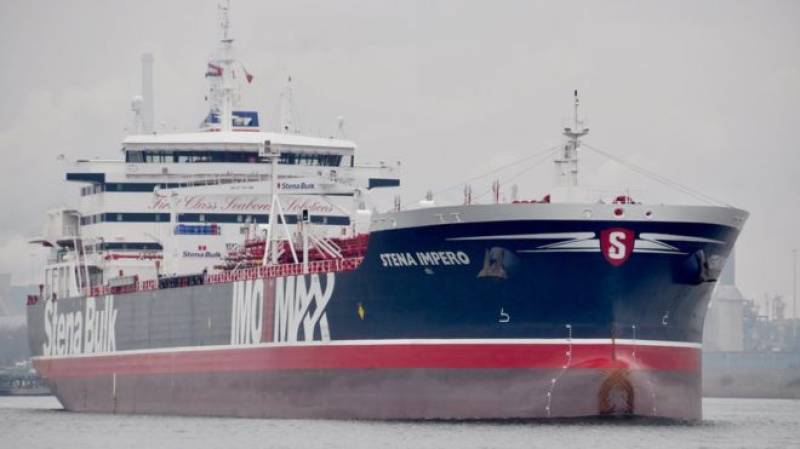 TEHRAN - Iran's Revolutionary Guards announced Friday they had confiscated a British tanker in the strategic Strait of Hormuz for breaking "international maritime rules".

The Stena Impero tanker "was confiscated by the Revolutionary Guards at the request of Hormozgan Ports and Maritime Organisation when passing through the strait of Hormuz, for failing to respect international maritime rules," the Guards' official website Sepahnews announced.

The tanker "was led to the shore and handed over to the organisation to go through the legal procedure and required investigations," it said.

The UK is "urgently seeking further information and assessing the situation following reports of an incident in the Gulf," a British government spokesperson said.

The announcement came just hours after Gibraltar's Supreme Court announced it would extend by 30 days the detention of an Iranian tanker seized two weeks ago on allegations that it was headed to Syria in violation of sanctions.

British authorities' detention of the Grace 1 supertanker sparked outrage in Tehran, which accused London of doing the bidding of the Washington in action that is "tantamount to maritime banditry".

The Guards also seized another "foreign tanker" on Thursday, believed to be the Panamanian-flagged vessel Riah and its crew, and accused the ship of smuggling Iranian fuel.

Thursday's incident, amid soaring tensions between Iran on one side and the US and its allies on the other, is the latest in a series of events that have raised fears of a regional war in the Gulf.

President Donald Trump insisted Friday that the American military had downed an Iranian drone that was threatening a US naval vessel in the strategic Strait of Hormuz, which Tehran denied.

On Thursday, Trump said the USS Boxer had downed an Iranian drone that threatened the amphibious assault ship as it was entering the Strait.

The Strait of Hormuz is the conduit for nearly a third of the world's crude oil.

A British-flagged tanker seized by Iran is now at anchor off the port of Bandar Abbas with all its crew aboard after colliding with a fishing boat, authorities said on Saturday.

"This tanker has 23 crew and they are all on the ship" off Bandar Abbas, he told Fars news agency.