'Best day ever’: World's richest man takes a trip to the edge of space (VIDEO) 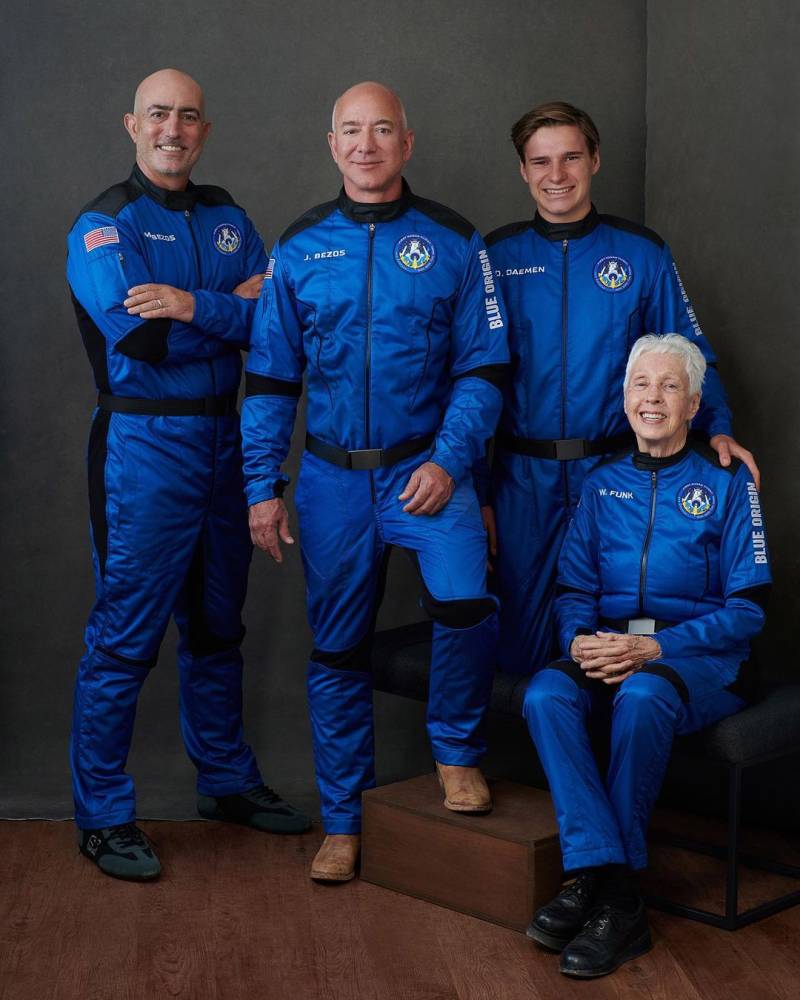 VAN HORN, Texas – Blue Origin on Tuesday launched its first crewed mission on its New Shepard rocket to fly its billionaire founder Jeff Bezos and three other passengers to suborbital space and back.

Bezos, the world’s richest man, soared about 66.5 miles (107 km) above the Texas desert. He returned safely to Earth.

“Best day ever,” Bezos, accompanied by the world’s oldest and youngest space travelers, said after the space capsule touched down, kicking up a cloud of dust on the desert floor.

The 57-year-old American billionaire, wearing a blue flight suit and donning a cowboy hat, was joined by three crewmates for a trip to the edge of space officially lasting 10 minutes and 10 seconds. After landing and exiting the space capsule, Bezos and the other crew members exchanged hugs and popped champagne, spraying each other.

Blue Origin aims for the first of two more passenger flights this year to happen in September or October.