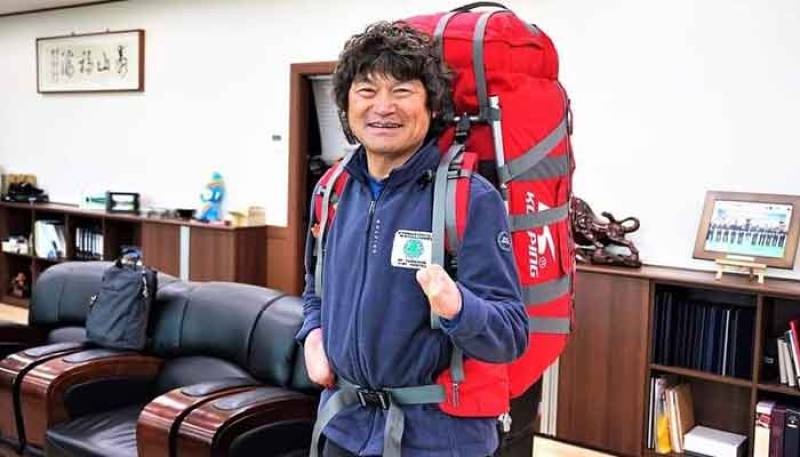 A South Korean climber with a disability was missing on Tuesday after he fell off the world's 12th highest mountain, Broad Peak (8,047-metre) in northern Pakistan, the Alpine Club of Pakistan said.

Kim HongBin, 57, was leading a 14-member team of climber and they had reached the summit on Sunday but met bad weather on the way down.

Kim was descending the peak when fell into a crevasse on the Chinese side of the mountain, part of the Karakoram range located on the border of Pakistan and China.

The group members tried to find him but they could not stay up there for long due to bad weather condition and they came down.

A search operation has also been launched to trace the climbed, who also hailed as “fingerless maverick”. Helicopters will join the operation once the weather situation improves.

The club had, a day earlier, reported Kim is presumed dead.

Broad Peak was the final summit in Kim's quest to scale the world's 14 tallest mountains, called the "Eight-thousanders" because all are over 8,000 metres. He summited Mount Everest in 2007.

Kim lost all his fingers to frostbite in 1991 at the age of 27 while climbing Mount Denali in Alaska, USA.