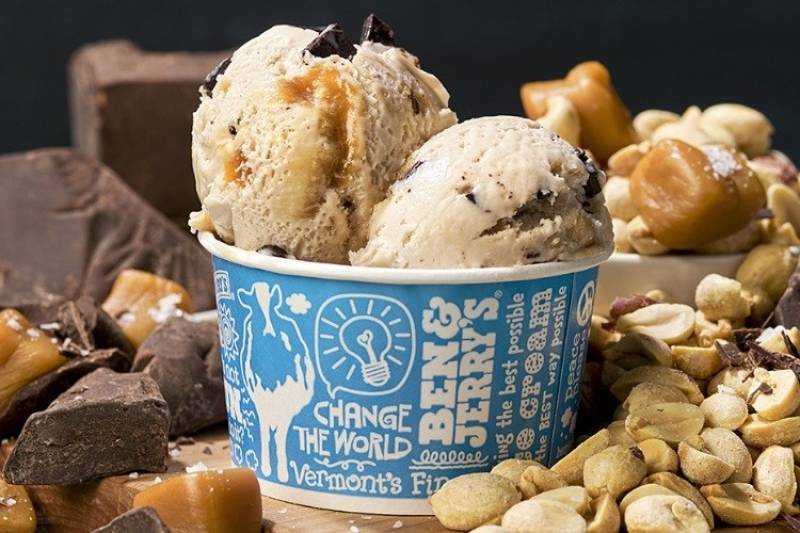 British consumer goods conglomerate Unilever acquired the Vermont-based ice cream company in 2000. Ben & Jerry’s said in a statement on Monday that it had informed its longstanding licensee – responsible for manufacturing and distributing the ice cream in Israel – that it will not renew the license agreement when it expires at the end of 2022.

Ben & Jerry’s said its announcement that sale of its ice cream in territories sought by the Palestinians for an independent state was “inconsistent with our values.”

Ben & Jerry's also runs two "scoop shops" in Israel and said it would distribute its goods in Israel through a different agreement, the details of which would be announced "when we're ready".

Ben & Jerry’s will end sales of our ice cream in the Occupied Palestinian Territory. Read our full statement: https://t.co/2mGWYGN4GA pic.twitter.com/kFeu7aXOf3

The announcement was one of the highest-profile company rebukes of Israeli settlements in the West Bank and east Jerusalem, territories Israel captured in the 1967 Mideast war. Most of the international community considers these settlements illegal under international law and an impediment to peace with the Palestinians.

Israeli premier Naftali Bennett has warned the head of Unilever of “serious consequences, legal and otherwise”.

Approximately 700,000 Israelis now live in settlements, around 500,000 in the occupied West Bank and 200,000 in east Jerusalem. Israel considers the entirety of Jerusalem its capital, while the Palestinians seek it as capital of a future state.

Ben & Jerry's - which was founded in 1978 by best friends Ben Cohen and Jerry Greenfield - has a track record of campaigning on social issues such as LGBTQ+ rights and climate change.