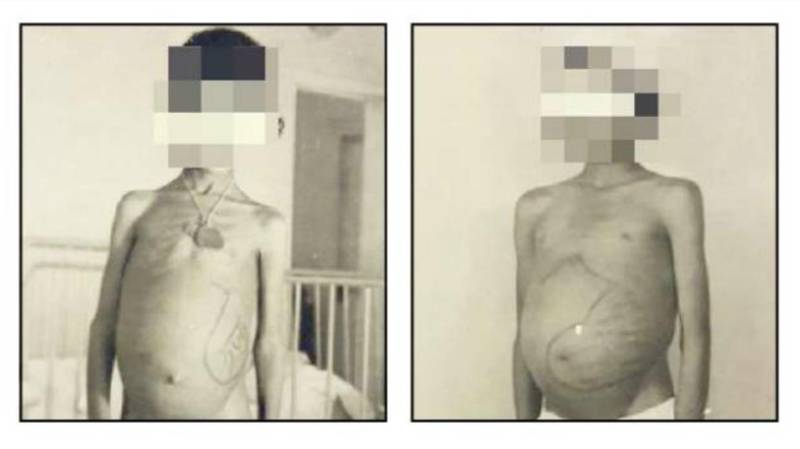 ACRE - A Knesset Special Committee on the Disappearance of Children from Yemen met last week after media reports suggested that Israel conducted illegal medical examination on Yemeni kids who went missing shortly after the creation of Israel.

The allegations which were presented to the committee are based on 20-year-old testimonies by Israeli doctors who exposed Israel's callous attitude towards the kids that were declared 'dead'.

Although the investigations into the horrific 'crime' have been underway for a long period of time but up until now, evidence to support the testimonies on these missing children were not published.

Wednesday's huddle is pivotal as photographs that seem to attest to the documentation of some of the experiments conducted were shown to the Knesset committee.

According to a document gathered in 1996-1997 by a Knesset-appointed investigative commission experiments were conducted on the new immigrants from Yemen whose fates were unknown to their families.

As many as 1000 children had disappeared after which a commission was formed to dig out the truth regarding the mysterious disappearance.

The documents revealed that children who died were autopsied without the consent of their parents.

Committee Chairwoman Nurit Koren while expressing his viewpoint said that the children should have been protected.

“Some of the children disappeared and their parents never received a death certificate, they were informed only that their children had died,” Koren revealed. “Although they asked to see the bodies, they got nothing and could not hold funerals.

“It is increasingly apparent that the bodies of the children were used for research,” Koren revealed.

The committee was also presented with the photographs of children who were allegedly subjected to medical examination without following the due process.

In one picture, first published by daily newspaper Israel Hayom, three naked children are seen with scribbles marking the location of their internal organs. One of which is seen to have the word “spleen” written in marker over the child’s organs in Hebrew.

The Knesset committee discussed protocols in which testimonies can be heard describing the experiments conducted on the children without their families’ knowledge or consent.

The testimonies include stories of experimental treatments that led to the deaths of at least four children, the kidnapping of a girl from Rambam Hospital and the adoption of a girl by one of the employees.

In one of the protocols, former head of the children’s hospital in Rosh Ha’Ayin Dr. George Mendel is heard making remarks to the Cohen-Kedmi state commission of inquiry, which investigated the matter.

Upon being questioned, Mendel said: “I remember one or two cases in which instructions were given to give an injection of dry protein that we would separate. Serum, dry plasma…and the results were not good.”

In another protocol, Dr. Mendel admitted that he conducted medical experiments on live Jewish Yemenite children, as doctors believed that Yemenites had “African blood,” in an attempt to discover whether they had sickle cell anemia, Jerusalemonline reported.

“There was no reason to ask for the parents’ consent,” Mendel said and added that they took children who died for various reasons and checked their veins, checked their hearts.