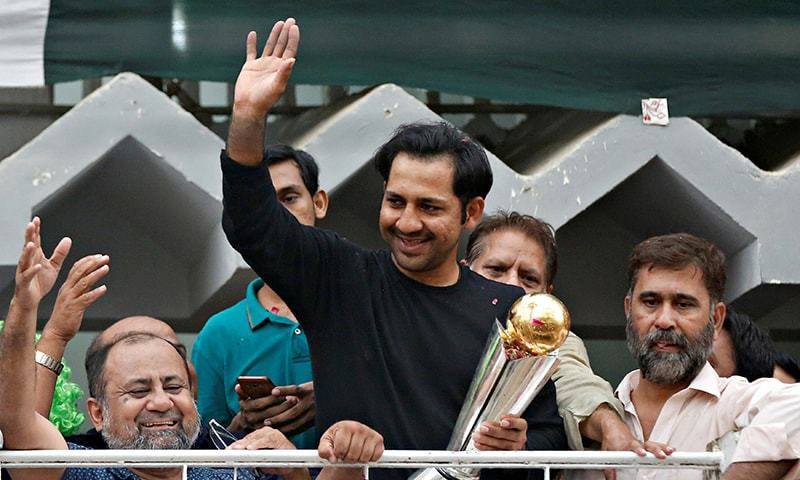 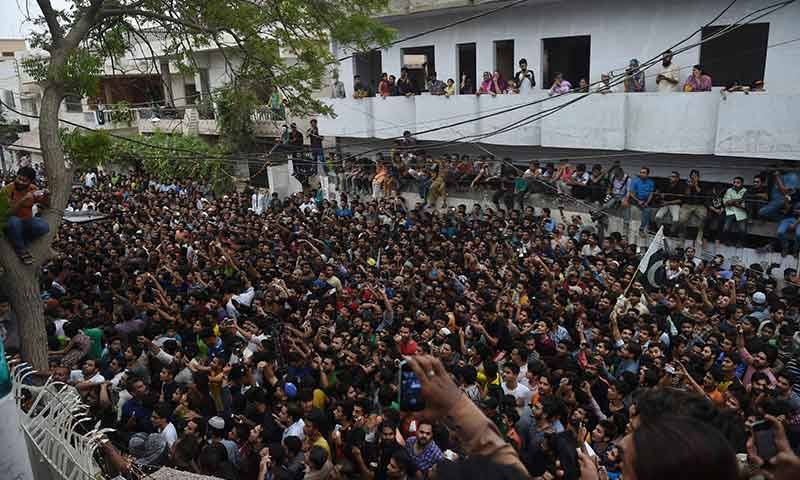 As soon as television channels began flickering news of Sarfaraz Ahmed's return to Karachi, preparations were started with his neighbourhood lit up and cleaned in a bid to give a rousing welcome to the triumphant captain. 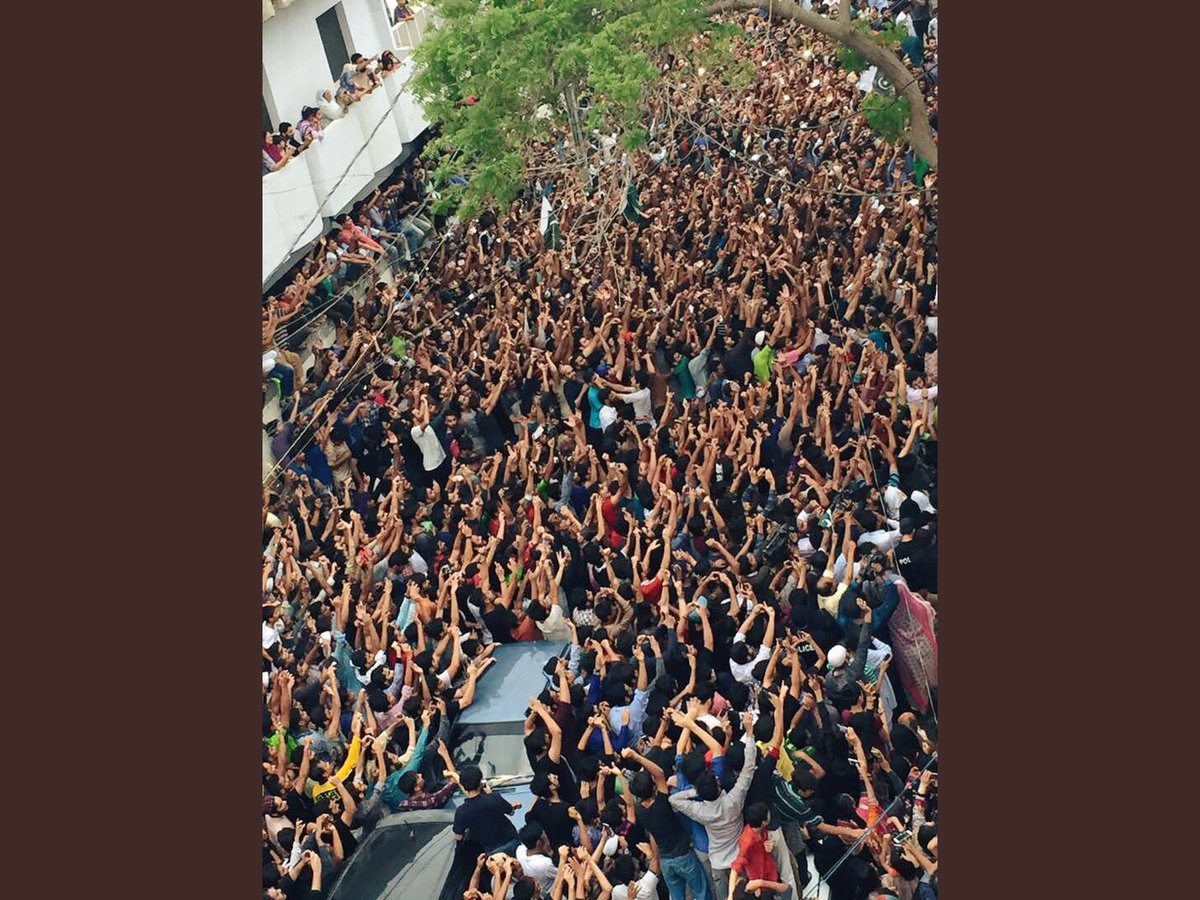 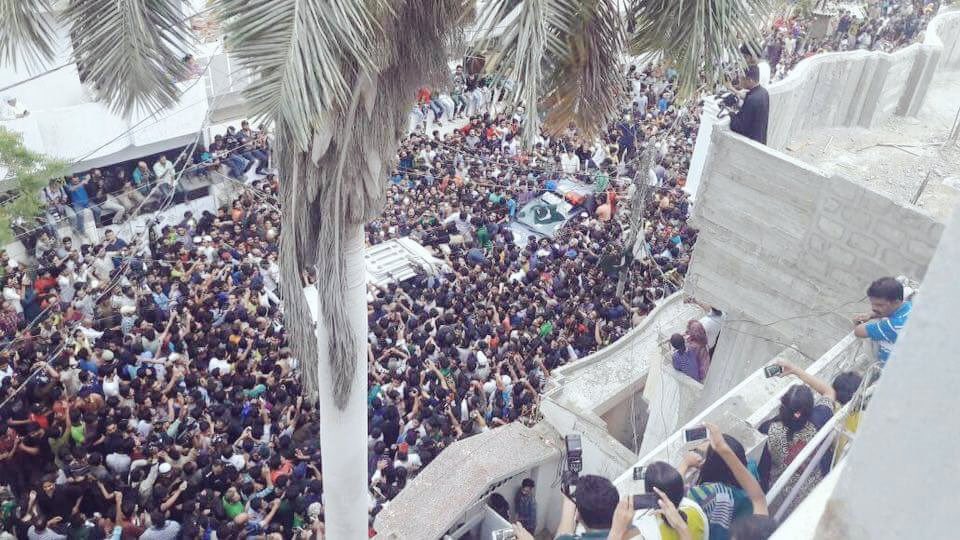 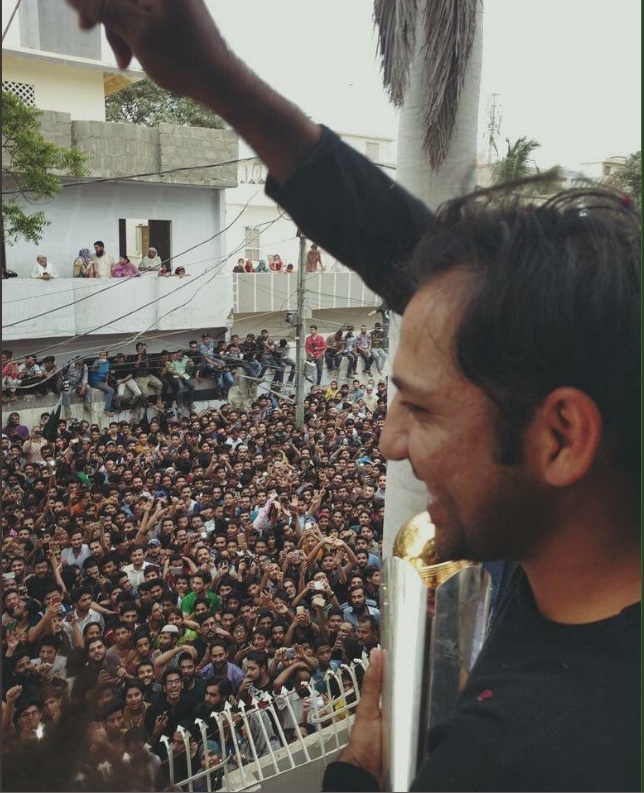 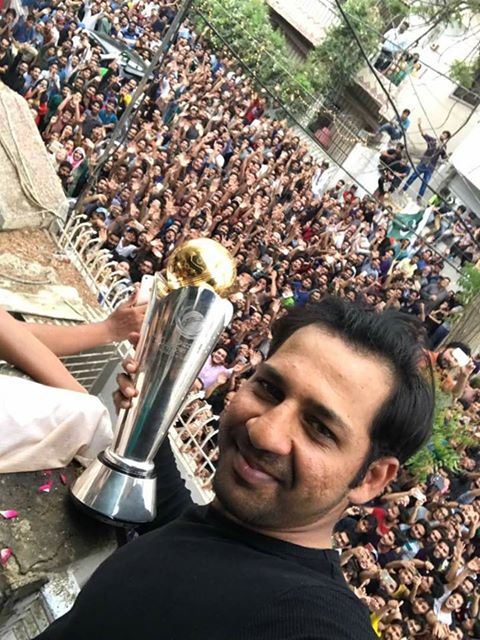 The cricket-frenzy fans in the metropolis started gathering outside Sarfaraz's house even before his arrival to catch a glimpse of the captain who earned the title for Pakistan for the first time in history. 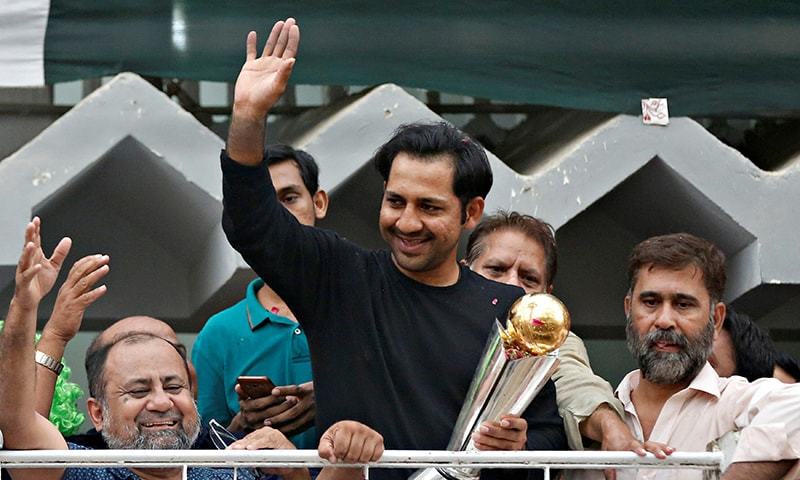 Despite holy month of Ramazan being observed in Pakistan, the crowd continued to cheer for Pakistan and its cricket team.

Sarfaraz, who visibly looked happy, joined in with the crowd and chanted 'Pakistan Zindabad' slogans.

The captain himself sung 'Mouqa Mouqa, once used to troll Pakistan by Indian media for repetitive defeats in the past.

Earlier, talking to newsmen at the Karachi international airport Sarfaraz thanked Almighty Allah for the victory and whole nation for praying.